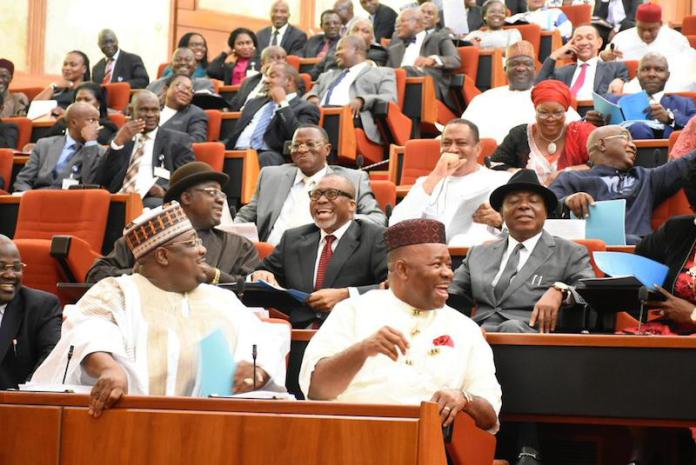 Barely one week after some prominent members of the leading opposition Peoples Democratic Party (PDP) joined the Social Democratic Party (SDP), five serving governors and 35 senators are set to follow, the National Publicity Secretary of SDP, Alfa Mohammed, has claimed.

Though the names of the governors and senators  are yet to be made public, the SDP said they or their proxies have been attending the party’s meetings.

Mohammed said in Minna yesterday that the affected governors and senators are from “all parts of the country.”

“At the appropriate time, we will disclose the identities of these people but for now we are keeping everything secret.”

Mohammed also said 50 civil society organisations had embraced the party in a coalition he said was aimed at unseating the ruling All Progressives Congress (APC) in 2019.

“In the next two to three weeks, the mass movement into the SDP will become more pronounced especially at the national and state Houses of Assembly and I am sure that the party will soon become the majority at the National Assembly.”

Mohammed said  the national secretariat of the party had directed all state offices to commence registration of new members at ward levels from today (March 5), adding that local and state congresses would be held soon before the national convention.

Mohammed who declined to confirm whether the former Vice President Atiku Abubakar had joined the SDP, said the party was home to the former vice president adding that he did not need to “knock at the door before entering the party.”

He said: “I need two to three weeks to confirm the issue of the former vice president as it concerns our party. However, it might interest you to know that many prominent politicians from Adamawa States have joined us.”

He promised that the party would provide equal opportunities and level playing ground to all members, pointing out that “we will also provide credible and honest leadership to Nigerians in 2019.”