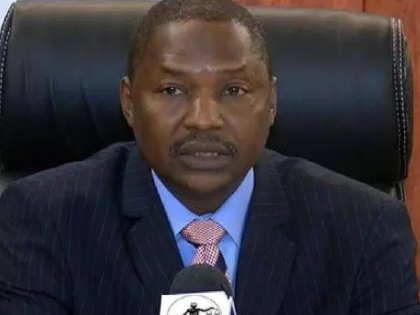 HOW effective is the fight against corruption under President Muhammadu Buhari?

That was the question the Attorney-General of the Federation and Minister of Justice, Abubakar Malami (SAN) tried to answer on Thursday at the Special Town Hall meeting organised by the Ministry of Information and Culture in Abuja.

Panelists included the Acting Chairman of the Economic and Financial Crimes Commission (EFCC) Ibrahim Magu, and the Chairman of Independent Corrupt Practices and other Related Offences Commission (ICPC), Prof, Bolaji Owasanoye, the Chairman of Code of Conduct Tribunal, Prof. Muhammed Isah, the Chairman of Presidential Advisory Committee against Corruption (PACAC), Prof. Itsey Sagay, who was represented by the Executive Secretary of the Committee, Prof. Sadiq Radda, and a representative of the Police Inspector-General, Mohammed Adamu.

Malami said the administration had recovered money in the excess of N200 billion.

The Minister of Information and Culture, Alhaji Lai Mohammed, described the anti-graft war as a battle for national survival.

The Minister of Justice noted that government had secured final forfeitures for the over N200 billion in corruption cases instituted.

Malami, who was represented by Mr. Abiodun Ayodeji, Special Assistant to the President on Financial Crimes, said: “The recovery came in multiple. Amongst these are the 2.5million dollars in partial recovery. We also have 75million dollars connected to the Malabu transactions”.

He stressed that government was after suspects who had dipped their hands in government coffer by targeting their assets.

Also,  Magu, said the commission had secured 890 convictions from January to October 2019.

Magu disclosed that the commission recorded 190 convictions in 2017 and 300 in 2018, stressing that these convictions were achieved by using preventive approaches.

Mohammed noted that the anti-graft fight was still a war in progress, noting that the achievement of other key programmes was closely intertwined with the success of the war.

He explained that the town hall meeting was organised to intimate Nigerians with the successes recorded, get their feedback and  win their support for the crusade.

He said: “The fight against corruption is one of the three cardinal programmes of the administration of President Muhammadu Buhari, with the others being the war against insecurity and the revamping of the economy.

”This is not the first time Nigeria is fighting the canker worm of corruption. But it is the first time that the fight is being backed by a strong political will, with a President renowned for his honour, dignity and incorruptibility personally leading the fight. And that is making all the difference, as you will soon hear from our panellists.

”One may say that the war against corruption is still a war in progress. But, it is also fair to say that corruption has now been driven under the table, and that corrupt ones can no longer flaunt the proceeds of their corruption the way they used to do in the past. That is a major step forward. After all, every successful battle is a step towards winning a war.

”The war against corruption is a war of survival for Nigeria. This is because the success of the other key programmes of the government, revamping the economy and tackling insecurity, is closely intertwined with how well the nation is able to fight corruption. For as long as the nation fails to check corruption, tackling insecurity and the revamping the economy will remain a mirage. In other words, the fight against corruption is pivotal to the success of the other cardinal programmes of the administration.

“I want to reiterate that the anti-corruption war is not Buhari’s war, It is Nigeria’s war. Hence, the need for every citizen to support it. Part of the efforts to win the support of Nigerians is to carry them along every inch of the way.

“Today’s Special Town Hall Meeting on the ‘Fight Against Corruption’ fits into that effort, as it provides an opportunity for the major stakeholders in the Federal Government’s battle against corruption to give account of their stewardship, and for Nigerians to have the opportunity to interact with them, ask them questions and also make suggestions. This way, we can all be on the same page as far as this war of survival is concerned.”

The Ministry of Information and Culture launched the Town Hall Meeting series in Lagos on April 25, 2016 to provide a platform for the Federal Government to regularly give account of its stewardship to the people.

The government, through the event, also get feedback and input from the people to enhance citizens’ participation in governance.

The special town hall meeting on the fight against corruption is the 17th edition of the programme.