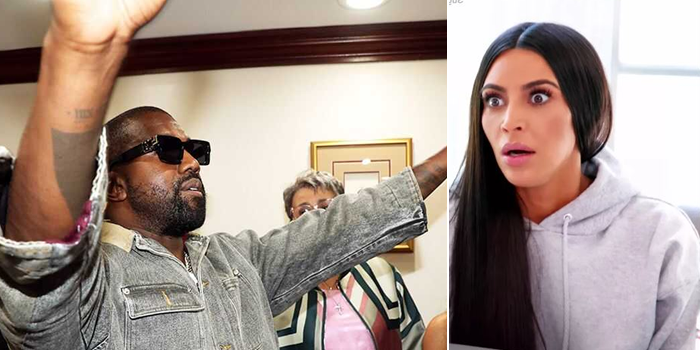 The American socialite Kim Kardashian has admitted she engaged in an altercation with her musician-husband Kanye West who is going through a religious transformation.

Kim Kardashian appeared with her sisters Kourtney and Khloe on The Real on Tuesday, November 5. The reality star revealed that she and her 42-year-old husband have had ‘fights’ over his religious journey.

According to Kim, things have escalated intensely in the West household. She revealed that Kanye has removed the television from their children’s room. Further, he also banned North West from using makeup.

The 39-year-old reality star was asked if she supports the rapper’s new spiritual life journey. She replied: ‘I do think that, you know, he is my husband.

‘So, I obviously want to honour him and what he’s feeling. And he’s been going through this life change, and it’s mostly about the kids.’

Further, Kim revealed that the kids are getting older and Kanye West is trying his best to create a quintessential purpose for his kids. According to her, the singer has become increasingly cautious about the type of imagery that is in their home.

The couple have four children together.

Watch the interview session below.

Kanye West has recently embraced devout Christianity and has been performing outdoor Sunday Service concerts every week since January.

He is reportedly never going to perform secular music again and will solely focus on gospels.

West worked on Jesus Is King until the last possible moment. Jesus Is King was released on October 25, after a longer-than-expected delay.

Meanwhile, Kanye West’s new found quest for religion has left many astounded in the entertainment world.