Adegoke Odukoya, better known as Ade Bantu (born 14 July 1971 in Wembley, London), is a Nigerian German musician, producer and social activist who is the front man of the 13 piece band BANTU and the creator of the monthly concert series and music Festival Afropolitan Vibes which holds in Lagos, Nigeria. Ade Bantu is also the founder of the Afro-German musical collectiveBrothers Keepers. His band BANTU received the Kora Award (the Pan-African equivalent of the Grammy) for their album Fuji Satisfaction in 2005. 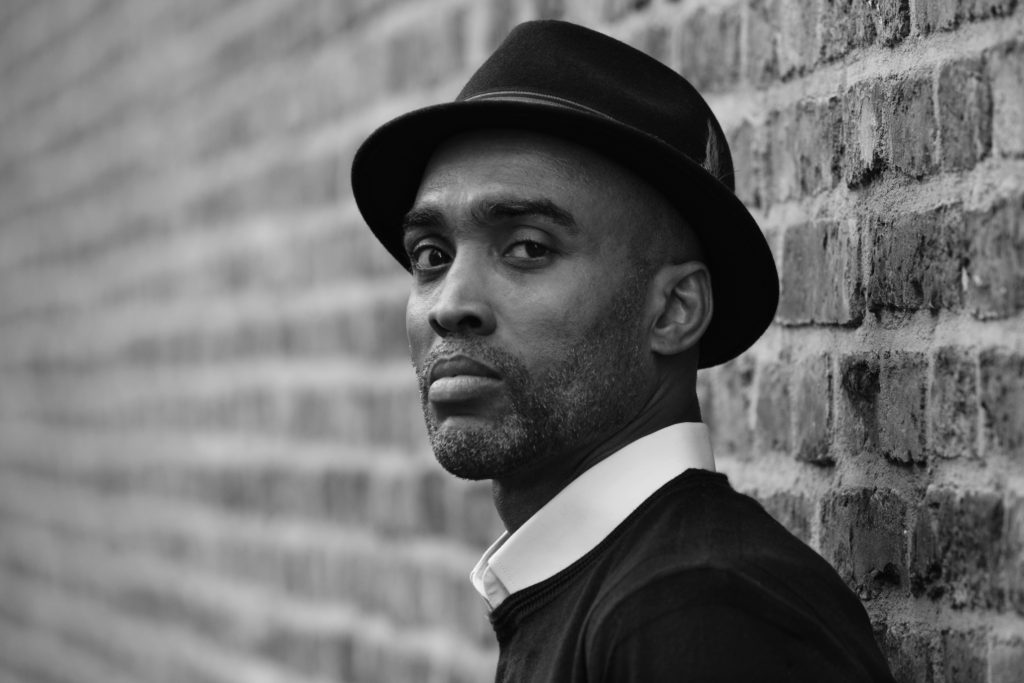 Ade Bantu was born in Wembley, London. He is biracial, being the son of a German mother and a Nigerian father. In 1973, he relocated to Lagos, Nigeria with his parents Barbara Odukoya and Adeleke Odukoya. After the death of his father in 1986, he moved with his mother and 3 siblings to Germany. He is the elder brother of musician Abiodun.

Their single “Think for a Moment/Style Introduction”(Tan Tric 12”) is the 3rd German hiphop release (1989). They went on to produce the first multilingual Hiphop album in Germany titled “Chop or Quench” (1993). It featured the pioneer German hiphop crew Advanced Chemistry. This was followed by a Free Jazz Hiphop album in 1993 with Peter Kowald, Sainkho Namtchylak and Peter Brötzmann titled “Expo’s Jazz & Joy”.

In 1993 he was approached by Fonk Free aka Moreno (Oliver Freyman) and DJ An-dré (André Schröter) and together they founded the band “Weep Not Child’ releasing “From Hoyerswerda to Rostock” (Buback Records, 1993) and “Liberation thru Music & Lyrics” (Groove Attack, 1994). Their music clip “Je Ka Bere” was featured in the European campaign of Media Against Racism.

In 1996 Ade was invited by Jan Ü Krauthaeuser to contribute to the Cologne Carnival music compilation “Humba 2”. This led to the formation of the band BANTU with his brother Abiodun aka Don Abi, Patrice and Amechi (Amechinna Okerenkwo). He officially changed his stage name to Ade (later to Ade Bantu after BANTU’s 2005 album release). BANTU’s debut album “Fufu” became an instant success in Nigeria earning them two radio hit singles “Nzobu” & “Fire Inna Dancehall”. In 2000 after a wave of racist motivated violent attacks on foreigners which climaxed in the killing of Alberto Adriano, Adé Bantu set up the Afro-German musical collective Brothers Keepers. Their song “Adriano (die letzte Warnung)” (Adriano the final warning) was released in 2001. It became an anti racism anthem selling well over 220,000 copies and making it to the Top 5 of the German pop charts. An album titled “Lightkultur” was released as well as a Sisters Keepers single “Liebe und Verstand” (Love & Understanding).

In 2003 Ade Bantu, his brother Abiodun and German reggae singer Gentleman recorded the single “Rudie (Hold It Down)” together with UB40. In 2004 he released his group BANTU’s much anticipated European debut album “Bantu”. The album featured Don Abi, Sly Dunbar, Positive Black Soul and Pee Froiss from Senegal.

In 2005 Ade Bantu once again assembled Brothers Keepers for a second musical venture. Broadened by many Turkish, Italian, Swedish and German artists their album “Am I My Brothers Keeper?” went far beyond the success of its predecessor, directing rousing statements, biographical insights and critical irony at German society. With BANTU he released “Fuji Satisfaction” an eclectic mix of Fuji, hiphop, Dancehall, Afrofunk and Afrobeat that featured Nigerian Fuji singer Adewale Ayuba in 2005. It won critical acclaim and the Kora Awards as “Best Group West Africa” and “Best Group Africa” 2005. This amongst other things promoted his move back to Lagos, Nigeria.

In 2006 he performed with Afrobeat Academy Band during the 2006 FIFA World Cup in Germany. He has collaborated and toured with Tony Allen and Seun Kuti. In 2011 Ade Bantu’s group BANTU released “No Man Stands Alone” an album of collaborations which was mostly recorded in Nigeria. The album featured Highlife music legend Fatai Rolling Dollar, Sound Sultan and Nigerian-German singer Nneka 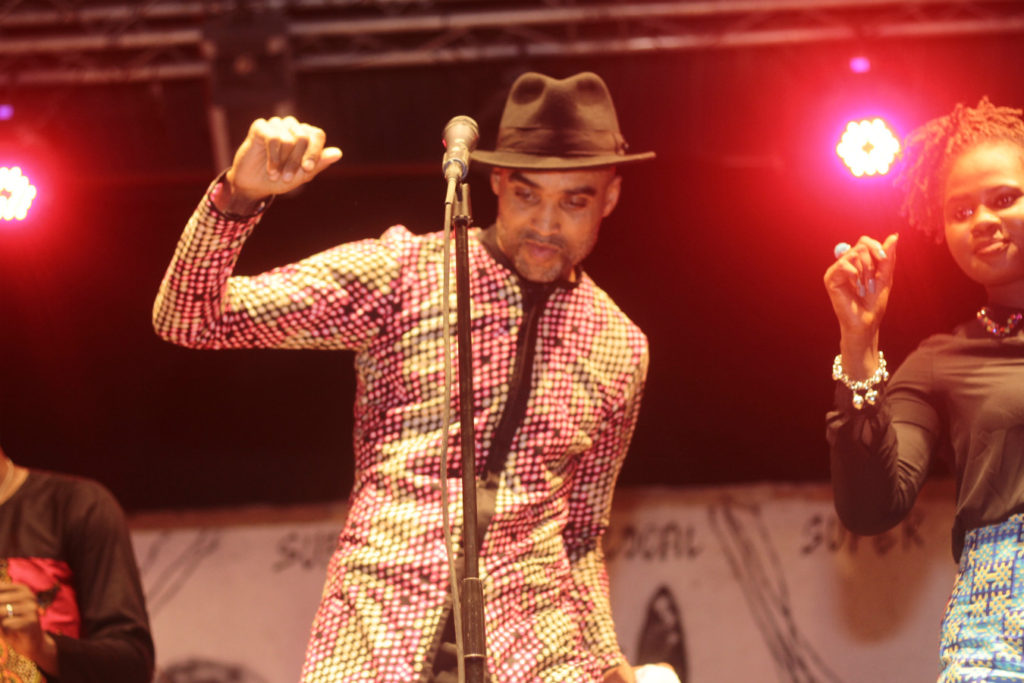 Ade Bantu was featured in the cinema documentary “Yes I Am”, a documentary on Afro Germans directed by Sven Halfar.

He also appeared with BANTU in an episode of German soap Lindenstraße(Episode 710).

In 2012, Ade Bantu joined the panel of judges of Project Fame West Africa, a music TV reality show. He worked on the show till 2015 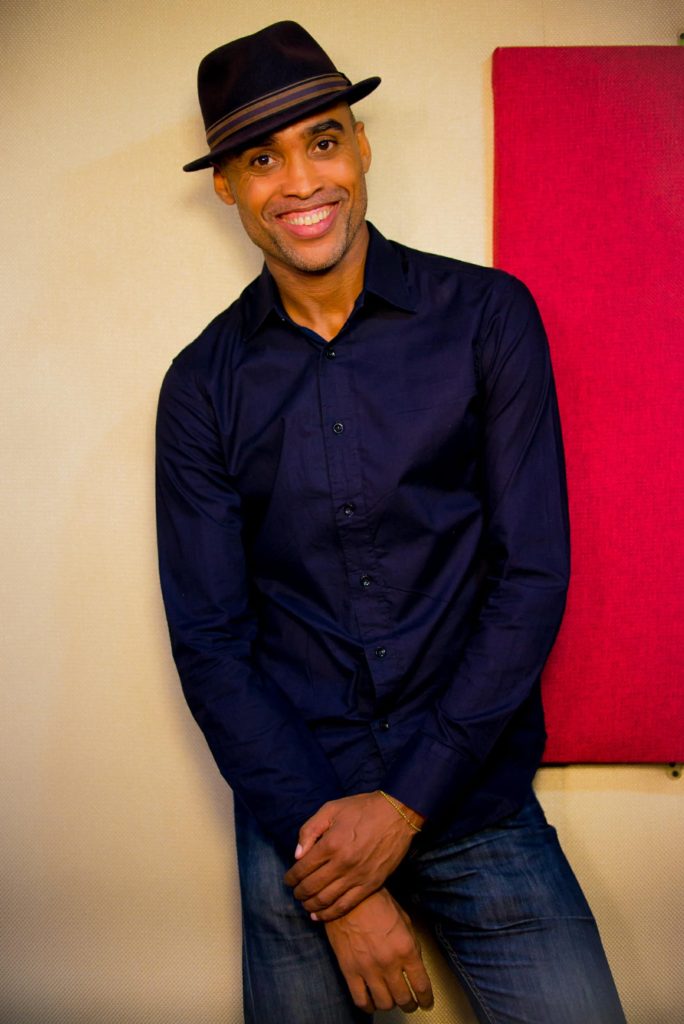 Ade Bantu is politically active Both in Nigeria and Germany. He was the founder of the now defunct Brothers Keepers e.V. an NGO in Germany affiliated with the Brothers Keepers musical project that visited schools, lobbied for changes in asylum and anti-discrimination laws and helped victims of racist motivated attacks.

He was involved in the Anti Shell campaign in Germany and co-initiated the Ken Saro Wiwa week in 1997.

Ade Bantu is an activist, lecturer and public speaker who addresses racism against people of colour, AfroGermans and Africans in Germany as well as social issues in Nigeria. He was invited by German minister of foreign affairs Frank-Walter Steinmeier on his first official visit to Africa in August 2007. He participated at the Partnership for Africa Forum hosted by German president Horst Kohler in November 2007. Adé Bantu and his band BANTU have partaken in intercultural exchange programmes with Goethe Institute and the German ministry of foreign affairs giving concerts and workshops in Ghana, Uganda, Tanzania and Nigeria.

Ade Bantu was at the forefront of the debate against the use of the Nword in Germany. He initiated a petition (with Brothers Keepers) against German Rapper B-Tight’s album “Neger, Neger” (Nigger, Nigger) in 2007.

He is the co-founder and creative director of BornTroWay a community arts project targeted at disadvantaged youths in major African cities. The project was launched in Ajegunle, Lagos in 2011

Ade Bantu was awarded the Nordrhein Westphalia Cultural Prize in 1997 for the Hiphop musical “Coloured Children” a piece he wrote and co-directed with Anita Berger. With Brothers Keepers he was awarded the 1LIVE Krone Radio Award for “Adriano (die Letzte Warnung)” in the category “Best Single of the year 2001”.