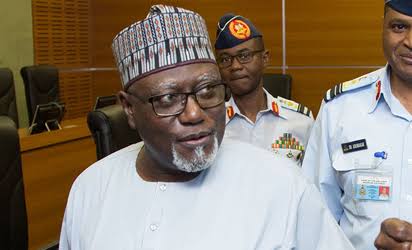 Lawal Daura, Director-General of the Department of State Services (DSS), has given insight into why government negotiated with Boko Haram for the release of abducted lecturers of the University of Maiduguri and 10 women from captivity.

Daura disclosed that negotiating with the terrorist group was the “safest” way to rescue those abducted.

According to Daura, “We choose the path of negotiation because it was considered as the safest because any forceful attempt to rescue the victims could endanger their lives,.

“These negotiations took several months and the Department of State Services with the support of the external elements of the group in diaspora and support from friendly countries and liaising with International Community of the Red Cross, made the rescue possible.

“The process was slow due to the problem of dealing with two different groups based in different locations at the same time. In addition, the negotiations took place mostly outside the country, though subsequently finalised in the theater of operations.

“The negotiations were mainly centred on an attempt at conflict mitigation which include the fate of arrested members of the insurgent groups especially, accepting to free by government those found not to be culpable in any criminal action.

“Also, possible cessation of hostilities especially the attacks with IEDs on innocent civilians, worship centers, schools and other public places in return for temporary stoppage of air strikes by helicopter gunships.”

Recall that Buhari had earlier on Monday met with the freed lecturers and women at the Presidential Villa, Abuja.