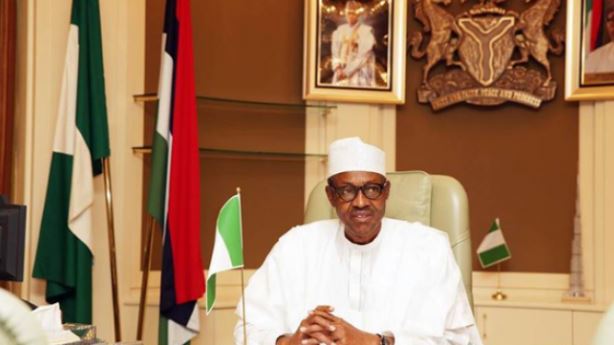 A leader of the pan-Yoruba group, Afenifere,  Chief Ayo Adebanjo, called on President Buhari to sack all those alleged to be corrupt in his administration.

In the alternative, he said the president should resign from office, declaring that he was not sure if any Nigerian was in doubt that Buhari’s administration was only paying lip service to the anti-corruption war.

This was just as a lecturer, Professor Akin Oyebode of University of Lagos, declared that President Buhari’s government was facing a legitimacy crisis on account of its lethargy in cases of corruption involving public office-holders.

He declared that it was a shame that the tolerance level of the administration seemed to be increasing much and more than imagined.

Both Adebanjo and Oyebode made the call in their reactions, while interacting with Sunday Tribune.

According to Chief Adebanjo, “corruption is now being perpetrated with impunity under President Buhari, who is known for his anti-corruption stance worldwide, going by various allegations involving the Secretary to Government of the Federation (SGF), Babachir, down to the latest one on former pension commission boss, Abdulrasheed Maina.

“If I were to judge by what he said before coming into office, for him to retain Dambazzau, Babachir and all those people mentioned in respect of Maina’s case, if he doesn’t sack them, he should resign from government.”

In his submission, Professor Oyebode said: “The Buhari government is facing a legitimacy crisis on account of its lethargy in cases of corruption involving public office holders. For a government which polularised the idea that if Nigeria failed to stop corruption, it was going to stop Nigeria, it is a shame that the tolerance level of the Buhari administration seems to be increasing much and more.”

According to him, “Some years ago, I happened to have read on pages of newspapers that he was wanted over an allegation of fraud and that he left the country and since then, he did not return. Since then, I have not heard any stories about him again.

“But, it was just of recent I heard that a person earlier declared wanted over an allegation of fraud had come back.  The other mystery of the story is that, he had been re-instated and even promoted.

“Let government tell Nigerians how he managed to have come back to the country secretly, re-engaged after being dismissed from service. I think the government holds it as a duty to let Nigerians know the circumstances regarding the development.”

Former member of the House of Representatives, Dr Junaid Mohammed, speaking with Sunday Tribune said “if the president finds a mess at any stage, he should not blame any person but himself. The opportunity had come and gone and anything done at this stage is an afterthought and camouflage in action.”

He said his failure to take decision at the right time was his greatest undoing, saying “You cannot be governing 180 million people just by thinking because you are holier than thou, you ignore issues and allow them to solve themselves. This is highly hypocritical.”

A former Commissioner of Police, Lagos State, Alhaji Abubakar Tsav, in his reaction, noted that recent events around the aides of President Buhari had not only eroded the confidence a majority of Nigerians reposed in him (Buhari), but showed that the president has failed, stating that “he is also too slow in taking decisions on very important and urgent matters. He has unfortunately succumbed to the corrupt and dishonest influence of his aides. He seems to have reduced governance to a family affair.”

Tsav who is federal commissioner, Public Complaints Commission (PCC), in charge of Benue State,  lamented that nothing categorical has been said by the presidency over previous cases of alleged corruption, which according to him, “were matters  of concern” to the generality of the people.

He called on Buhari to purge his cabinet and also warn members of his family and friends to keep off government affairs, saying,  “there  should be discipline and president Buhari should be in charge of his government.”

Secretary, Association of Middle Belt Ethnic Nationalities (ASOMBEN), Revered James Pam, in his submission, alleged that Buhari was no longer sincere and honest with the way the war on corruption was being pursued, stating that “Quite a lot of PDP members are under trial presently, but most of the APC government officials whose allegation of corruption against them are glaring are being shielded.”

Former deputy governor of Plateau State, Chief Jethro Akum, on his own, said the latest incident where Maina, on the wanted list of the EFCC, was brought back through the back door, depicted that the those around the president had messed up the anti-corruption crusade.

“Typical examples are the cases of the former Secretary to the Federal Government Mr. Babachir Lawal, NIA Director General, Chief of Staff Abba Kyari and the recent one Maina who is on the wanted list of the EFCC but return to take higher responsibility when allegation of fraud is still hanging on his neck. These are clear cases of favoritism” he said.

A former deputy governor of Plateau State, Chief Jethro Akum, said the latest incident where Maina on the wanted list of the EFCC was brought back through the back door called depicted that the those around the president had messed up the anti-corruption crusade, adding that the singular action was capable of demoralising the Economic and Financial Crime Commission and other anti graft agencies.

Chief Akum who suggested for a time frame for trial of corrupt cases like election petition tribunal said the way and manner the matter is being handled call for different approach to fight the cankerworm adding that the government also needs to look inward and do the right thing.

Former Nigeria Ambassador to Switzerland and frontline member of All Progressive Congress, Ambassador Yahaya Kwande said he has repeatedly stated that that there was no way President Buhari will fight corruption the way he wanted in four years.

“Corruption is an institution with representatives both within and outside the government, any method or approach to fight the cankerworm will surely encounter resistant on both sides. It appears that the weakness of the fighters had been studied and those inside are capitalizing on the loopholes.

“To me fighting corruption is like fighting terrorism or Boko Haram, the government can only try, it cannot bring it under total control within a period of four years. Maina case is terrible example capable of denting the image of this administration” he said.