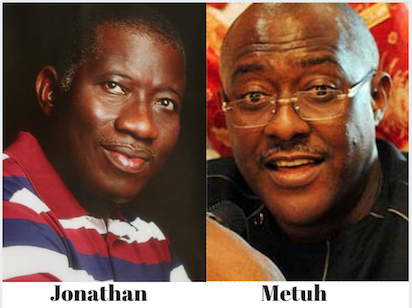 Former President, Goodluck Jonathan has said that the evidence, Justice Okon Abang sought to obtained from him will amount to an invasion of his personal right to privacy and family life, as guaranteed by the Nigerian Constitution.”

Jonathan and Metuh Also the Coliation of Niger Delta youth groups yesterday faulted the invitation of the former Nigerian President, Goodluck Jonathan, by a Federal High Court sitting in Abuja, describing it as provocative. Jonathan in an affidavit attached to an application by Ozekhome Chambers also refuted knowledge of anything in the charges against former Publicity Secretary of the Peoples Democratic Party (PDP), Olisa Metuh Justice Okon Abang had last week issued a subpoena against Jonathan and former National Security Advicer (NSA), Sambo Dasuki to testify in the trial of Metuh, who claimed the two are relevant witnesses in the case.

In the affidavit attached to the application, by Ozekhome Chambers stated that the former president “verily believes that the evidence sought to be obtained from him will amount to an invasion of his personal right to privacy and family life, as guaranteed by the Nigerian Constitution.” “That he verily believes that the evidence sought from him is likely to expose him to a criminal charge, penalty or forfeiture.” N’Delta youths condemn invitation of Jonathan by court Coliation of Niger Delta youth groups yesterday faulted the invitation of the former Nigerian President, Goodluck Jonathan, by a Federal High Court sitting in Abuja, describing it as provocative.

Justice Abang Okon had invited Jonathan to appear before it in respect of the ongoing corruption trial of Chief Olisa Metu, the People Democratic Party’s publicity secretary. The groups, Niger Delta Freedom Volunteer Force and Niger Delta People Peace Force in statement jointly signed by its Chairmen, Harry Lawson and Preye Willson, in Port Harcourt, noted that the invitation was to humiliate the former president. The statement read: “The invitation of former President Goodluck Jonathan is condemnable. Agents of instability are trying to use court summons to humiliate the former President. Our stand is that the former president should be respected.”

The groups which also commended the decision of a former governor of Kano State, Alhaji Ibrahim Shakarau, to contest the 2019 presidential election, noted that he (Shakarau) is a perfect match to face the All Progressives Congress, APC, Federal Government in the election. The coalition in the statement said Shakarua has always put up outstanding performance when trusted with public office, noting that as the governor of Kano State he constructed so many roads, bridges and instituted many empowerment programmes for the youths of the state.

The statement read in part: “We are very happy that Shakarua has finally yielded our call to contest the Presidency. The track record of Shakarua in governance both as a governor and as a minister is their for everybody to see. As a governor he constructed many roads, bridges, and schools in Kano State. “As a minister he had a good relationship with our son, the former President Goodluck Jonathan. He was able to implement government policy on construction of Amajiri schools in the North which lots of Northern youths benefited. “We the youths of Niger Delta see him as a detribalised Nigerian. We the youths of Niger Delta are solidly behind him and will do everything humanly possible to ensure that he clinches the PDP Presidential ticket.”