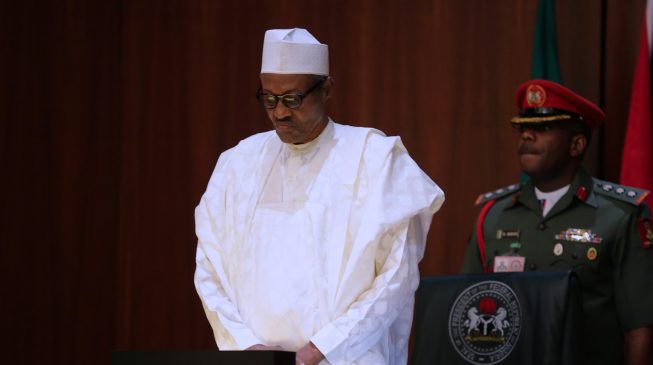 Corruption is getting worse in Nigeria, according to the latest corruption perception index (CPI) released by Transparency International (TI) on Wednesday.

This will come as a blow to the President Muhammadu Buhari administration who came into office on the strength of his anti-corruption credential.

The index, which ranks 180 countries and territories by their perceived levels of public sector corruption in the opinion of experts and business people, uses a scale of 0 to 100, where 0 is highly corrupt and 100 is very clean, according to TI.

An analysis by TheCable shows that Kenya, which was rated more corrupt than Nigeria in 2016, has now overtaken the west African country, climbing to 143 from 145.

Other sub Saharan African countries ranked higher than Nigeria are Botswana — whose joint 34 rank is the best in Africa — as well as Rwanda (joint 48) and Nambia (joint 53).

Nigeria is ranked 148 along with Guinea and Comoros.

Meanwhile, the Civil Society Legislative Advocacy Centre (CISLAC), the national contact of TI, says it is “seriously worried” about the new but unfavorable trend in the fight against corruption in the country, as buttressed in the newly published CPI.

“On the African continent, Nigeria ranks 32nd position in Africa out of 52 assessed countries in 2017. While Botswana leads the continent with the record of competent and largely corruption-free public administration, Nigeria hopelessly falls behind with 27 points. In West Africa, Nigeria is the second worst country out of 17 countries leaving only Guinea Bissau behind,” CISLAC said in a statement released on Wednesday evening.

“This fresh setback in the fight against corruption confirms that grand-corruption, political corruption, nepotism, favoritism and bribery persist in Nigeria at all levels. It is CISLAC’s view that the negative perception is mainly a consequence of the inability to combat grand corruption and astronomical plundering of public coffers costing the Nigerian tax payers around 25% of annual GDP. Since the current administration has come to power on the anti-corruption ticket, no significant politically exposed person has been duly sentenced on anti-corruption charges,” it added.