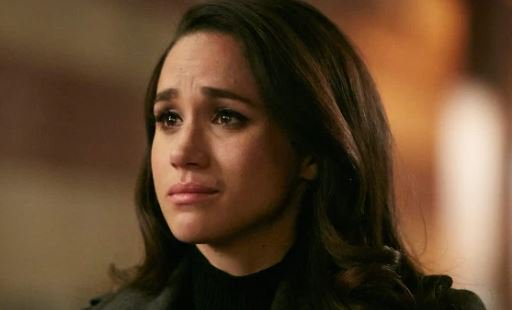 Meghan Markle says her father will not be attending her wedding.

The Hollywood actress, who is famous for her role in TV series ‘Suits’, is billed to marry Prince Harry on Saturday.

In a statement released on Thursday by Kensington Palace, Markle said her father needs space to focus on his health.

“Sadly, my father will not be attending our wedding. I have always cared for my father and hope he can be given the space he needs to focus on his health,” she wrote.

“I would like to thank everyone who has offered generous messages of support. Please know how much Harry and I look forward to sharing our special day with you on Saturday.” 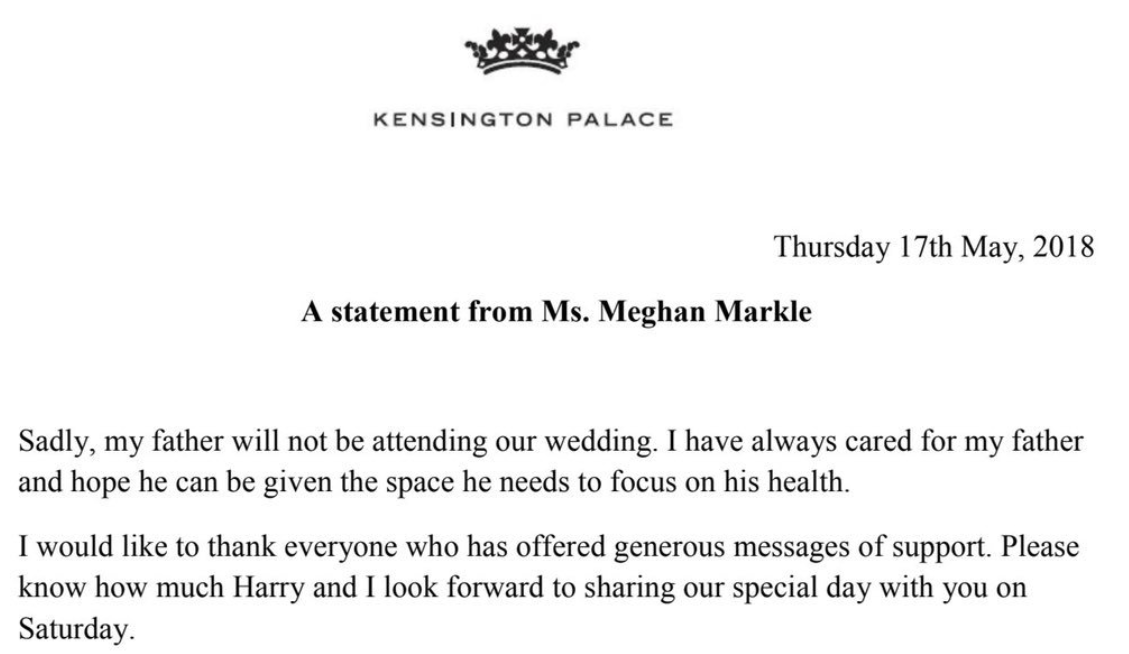 Thomas Markle, a veteran lighting director, on Monday, said he will not attend his daughter’s royal wedding after it was alleged that he got paid by the paparazzi to stage his pre-wedding activities and preparation.

Markle had said he would stay away from the wedding to spare his daughter and the royal family from the embarrassment his actions had caused.

He made a turnaround on Tuesday when he told TMZ that he will be present at the royal wedding if his doctors give him the go-ahead.