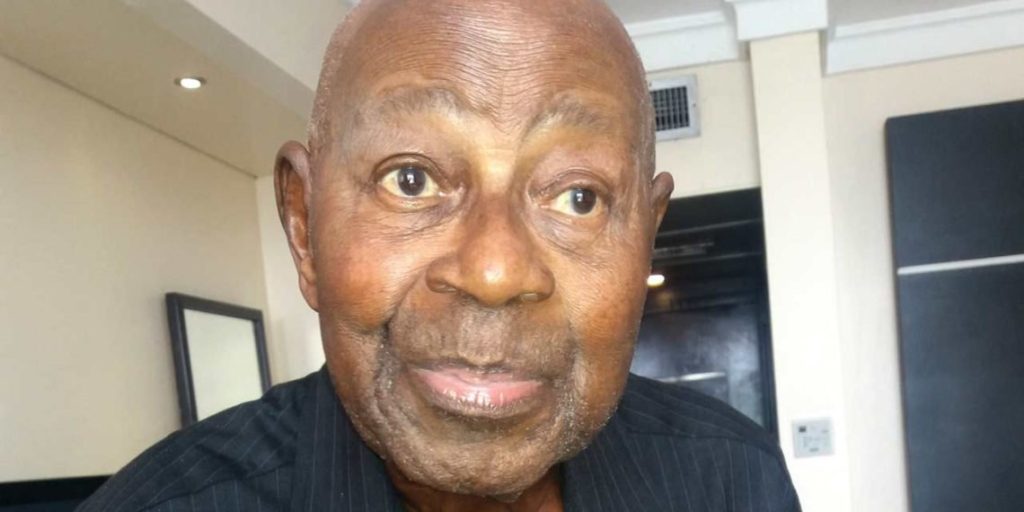 PRESIDENT Muhammadu Buhari has expressed deep sorrow on  the death of his ally and friend Prof Tamunoemi David-West.

The former minister of Petroleum and Energy died on Monday at the University College Hospital (UCH), Ibadan, Oyo State, a family source said. He was 83.

The source said the octogenarian died about 11:05 am on Monday after being hospitalised for about 11 days.

The deceased was rushed to the hospital when he fell ill.

David-West was a reputable consultant virologist.

President Buhari described him as “the indomitable Tam.”

In a statement by the Special Adviser on Media and Publicity, Femi Adesina, the President said: “He had an indomitable spirit, stood resolutely by whatever he believed in, and was in a class of his own.”

The President also commiserated with the David-West family, the people of Buguma, Kalabari Kingdom of Rivers State, the academia, and all those who loved “the forthright Tam David-West.”

He prayed that God will rest the soul of the committed nationalist, urging all those who believe in the ideals he espoused to approximate same, for the betterment of Nigeria, and humanity.

The All Progressives Congress (APC) said the late David-West would best be remembered as a Nigerian who served his country diligently and championed the cause of the underprivileged.

The party, in a statement signed by its National Publicity Secretary, Mallam Lanre Issa-Onilu, recalled his contributions, especially during the national debate on ending petroleum products’ subsidy.

It noted that the passage of Prof. David-West had depleted the rank of the progressives in the country, especially one who was never afraid to speak the truth to those in authority.

The party said: “Indeed, Nigeria has lost a progressive voice and social critic who spoke truth to power. An erudite scholar, the late Tam David-West always held our leaders to account on issues of good governance.

“We recall his strong advocacy for oil sector reforms, particularly the passage of a mutually-beneficial Petroleum Industry Bill (PIB), fixing moribund refineries and ending the fuel subsidy racket that was a drainpipe on the country’s resources before the advent of the President Muhammadu Buhari administration.

“While the death of the late patriot is painful and a sad loss, we take solace with the fact that he lived an accomplished and impactful life. In death, we remember and celebrate a man who served the country diligently and championed the cause of the poor and underprivileged.”

Deputy Senate President, Ovie Omo-Agege, described the late David-West as a great patriot who will forever be remembered for his intellectual and formidable standing at home and abroad.

He noted that he was one of those who truly left an indelible footprint on the sands of time.

In a statement issued by his Special Adviser on Media and Publicity, Yomi Odunuga in Abuja, Omo-Agege described Prof David-West’s death as a great loss to the nation.

He said: “While we mourn, we must appreciate the noble essence of his time on earth as an idealist who consistently nursed an optimistic outlook about Nigeria’s capacity for genuine transformation.

“Prof Tam David-West distinguished himself in the academia with numerous publications and in public service; he boldly rose to express well thought out criticisms in moments when undiluted truth was required in national affairs.

“With the passing of this great patriot, we have lost a true gem and we can only pray for his soul’s eternal repose and fortitude for the family he left behind.”

House of Representatives Speaker Femi Gbajabiamila said David-West would be remembered for his patriotism.

In a statement by his Special Adviser on Media and Publicity Lanre Lasisi, the Speaker prayed for the repose of the soul of the former petroleum minister.

“My heartfelt condolences go to the family of the former minister. I pray that God Almighty gives members of his family the fortitude to bear the loss,” Gbajabiamila said.

The Academic Staff Union of Universities (ASUU), University of Ibadan, described the late David-West as the custodian and repository of university culture.

The union described the late don as a great struggler who believed in one Nigeria.

Its Chairman Prof. Deji Omole said the deceased was a supporter of the union.

He said: “Tam David-West was a phenomenal success academically. He was a great struggler who believed in one Nigeria. He had a clear vision of what the university should be.

“The union will miss him. He was among the last of the complete scholars.”

A former President of the Movement for the Survival of the Ogoni People (MOSOP) Ledum Mitee said Nigerians will miss David-West’s uprightness.

He said: “Prof. Tam David-West was an honest man of integrity and honour. He left lasting legacies. We will surely miss his prudent lifestyle. Even as a former Petroleum minister, he returned to his official quarters at the University of Ibadan (UI).

“Before the shocking death of Prof. David-West, as major stakeholders in the Nigerian project, we closely interacted on many occasions and I can confirm to you that he was an upright man, who always emphasised truth and hard work. Rivers people and other Niger Deltans are so proud of the icon.”

Suspended Chairman of the Special Presidential Panel on the Recovery of Public Property (SPIP), Chief Okoi Obono-Obla, commiserated with the David-West family.

He said in a statement that he received the news with sadness and utmost desolation.

The statement reads: “I received the news of the passing to the eternal glory of one of Nigeria’s finest statesmen and a distinguished academic, Prof David-West with sadness and utmost desolation. However, with total submission to the will of the Almighty God, I pray for his peaceful repose in the Lord.

“Prof David-West was a core and undiluted Buharist. He totally and completely shared in the passion, enthusiasm and commitment of millions of young Nigerians between 2002 to 2015, that consistently and tenaciously voted for the then General Muhammadu Buhari, despite the strenuous efforts of the Nigerian elite and the then government in power to shut PMB out of power, through the use of inferior methods and electoral roguery.”

Former House of Representatives Deputy Speaker Prince Chibudom Nwuche described David-West as an illustrious son of Rivers State, a brilliant academic, a statesman and a man of immense wisdom and integrity.

He said the late David West and his father shared several things in common, including the vision for a more developed Rivers, an agitation that eventually led to the creation of Bayelsa State from the old Rivers.