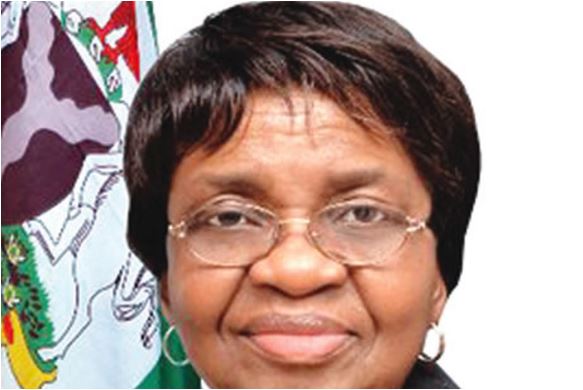 The Director General of National Agency for Food and Drug Administration and Control, Prof Mojisola Adeyeye, on Monday said that
counterfeit drugs worth N3.2bn had been destroyed in the past two years, adding that 24 containers of falsified products, mainly
Tramadol had also been destroyed by the agency.

The NAFDAC boss spoke at a briefing held in Abuja to mark the anniversary of her second year in the office. She also condemned what she described as light sentences handed peddlers of Tramadol and counterfeit drugs, calling on the judiciary to review the penalties.

She said, “The Agency raided two warehouses located within a residential area in Igbo Amaeze Street, Awada Obosi, Onitsha, Anambra
State, where substandard and falsified versions of popular brands of anti-malaria and antibiotics were stored.

“NAFDAC also intercepted a truck conveying substandard and falsified medical products en route Kano. The products are worth about N6m.

While saying that NAFDAC staff were always exposed to attack and offer of huge bribes by producers of counterfeit drugs, Adeyeye also called on the Federal Government to review salaries of NAFDAC workers, saying most of them could not afford decent accommodation in Lagos.

She said a daughter of a staff member of the agency was kidnapped by those who were hurt by the agency’s regulatory activities but was later released by her abductors. She also called for improved funding of the agency to perform its functions and save lives of Nigerians, stressing that the agency needed N1.53bn ($5m) to buy Truscan, a modern handheld device used to detect counterfeited drugs.

Adeyeye added, “It breaks my heart that a sentence of five years imprisonment or N250,000 fine is given to someone that is trafficking
Tramadol that is killing our youths, destroying homes and casting shadows on the future of Nigeria. I am pleading with the judiciary to
look at the consequences of narcotic on our homes and review the sentences.

“NAFDAC literarily funds itself; we get little money from the government. We fund our activities through the money that companies
pay to get their products reviewed or approved. We have little means but we need the support of international partners to buy devices. The Truscan device cost N15.3 ($50,000) each and we are looking at 100 pieces to be distributed to 36 states.”

The NAFDAC MD said one of our strategic plans of the agency was to reduce substandard and falsified medicines to not more than 5 per cent prevalence in Nigeria by year 2025, saying it was high time Nigeria conducted a new survey on the prevalence.