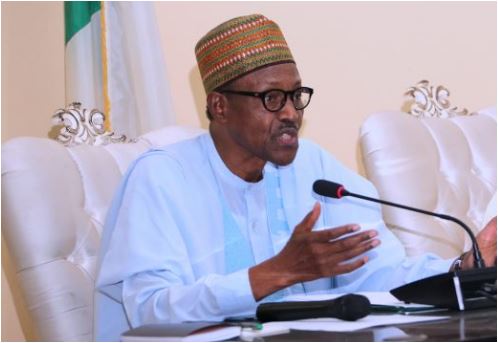 President Muhammadu Buhari says he does not have to visit troubled states to prove that he is taking action against killings.

Buhari said this on Monday in reaction to criticisms of his delay in visiting Rivers, Benue, Zamfara and other states where violence and killings have been recorded in 2018.

Speaking during a stakeholders’ meeting in Jalingo, Taraba, he urged the ethnic leaders to find ways of resolving the crisis in the state.

He said: “Governor Darius Ishaku and I are here temporarily. We will go at the end of our tenure, but you are permanent with the people at the grass roots.

“So, I charge you to go back and find ways of resolving the crises in your domains. Go and give your people justice for peace to reign.

“When I was campaigning, I came here and promised to provide security, boost the economy and fight corruption.

“Today, even our worst enemy can attest to the fact that the APC-led federal government has done well in the area of security. We have decimated Boko Haram, while the fight against corruption is going on well.

“I can only appeal to the conscience of the people for them to embrace peace and live with one another in harmony so that there could be development and not destruction.

“As a President, I have sources of getting intelligence on happening across the country and so I should not be expected to always go out to the field to make noise and insult the sensibility of Nigerians before it would be known that I am taking actions against the killings.”

President Buhari said he chose to put Taraba on the top of his visit-list because there were more fatalities in the state than in the herdsmen killings in Benue and Zamfara.

“There were more killings in Mambilla than Benue and Zamfara states. I chose to visit Taraba first, but I will be going to Benue and Zamfara after I return from Ghana to also condole with the people,” he said.