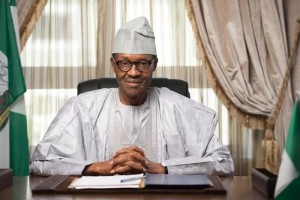 ABUJA—Eleven former Presidents, Heads of State and former Vice Presidents/Chiefs of General Staff are to share N2.3 billion as entitlements in 2016.
This was contained in the summary of the proposed budget 2016 presented by President Muhammadu Buhari to the National Assembly on Tuesday.

Meanwhile, N115 billion was allocated to the National Assembly in the 2016 budget. This is besides N60 billion allocated for constituency projects.
Under the budget, the federal government plans to spend N20 billion on the Presidential Amnesty Programme which include stipends and allowances of 30,000 Niger Delta Ex-militants- N7.875 billion; Operational cost- N1. 834 billion; Reintegration of transformed ex-militants- N10.291 billion.

Furthermore, the Federal government allocated N200 billion for special capital projects, and N20 billion as sinking Fund for Infrastructural Developments. The budget also contained N5.5 billion to be paid to state governments for repairs of federal roads, while local contractors are to be N5.5 billion.

Meanwhile, economic experts have expressed doubts over the ability of the Federal Government to fund the proposed 2016 budget.

On Tuesday, President Muhammadu Buhari presented to the National Assembly, a N6.08 trillion budget for 2016. This comprises recurrent expenditure of N2.65 trillion and capital expenditure of N1.8 trillion. The budget is based on projected revenue of N3.86 trillion and deficit of N2.22 trillion. The deficit is to be financed through domestic borrowing of N984 billion, and foreign borrowing of N900 billion, totalling N1.84 trillion.

Economic experts who spoke to Vanguard commended the budget proposal but, however, expressed doubts over some aspects of the budget, especially ability of the government to generate the projected fund to finance the budget.

“The key issue is how do we finance the budget so that it does not end up as a mere political campaign gimmick”, said Mr. Sola Oni, Chief Executive Officer, SOFUNIX Investment and Communications Limited, and Investment analyst. He said: “I believe that one fundamental approach is how the Federal Government can leverage on the robust platform provided by the capital market in Nigeria to bridge infrastructural gaps.

“If we are deviating from over dependence on income from crude oil which its budgetary base price of 38 dollar per barrel has slumped to 36 dollar even before the approval by the National Assembly, it stands to reason that there are many rivers to cross in order to realize the potential benefits embedded in the budget.”

Capital expenditure doubtful
Commenting on the budget proposal, Financial Derivatives Company noted that the capital expenditure of N1.8 trillion may not be achieved if the government fails to achieve the projected revenue. The company said: “The budget also clearly acknowledges current inadequacies in the supply of foreign exchange to Nigerians and its impact on traders and business operators who are hugely reliant on imported inputs. It also went as far as assuring Nigerians and foreign investors that the Central Bank of Nigeria will incorporate some flexibility to its foreign exchange management which will encourage additional inflows of foreign currency.

Budget 2016 is overambitious
On his part, David Adonri, Managing Director, Highcap Securities Ltd, said the budget appeared over ambitious for various reasons. “The budget appears to me to be over ambitious because the crude oil revenue is dwindling very fast and the forecast is that it will dwindle further.  Judging by the revenue the government collected since June up to date, the revenue has dwindled and allocation to states has also dwindled, I don’t see the reason why the budget should be higher than last year’s budget.

“Secondly, from my analysis so far, I don’t know how realistic it is that they are going to meet the revenue target.  You can see that the revenue from crude oil sales is less than N1 trillion, and then the non-oil revenue which is about N1.5 trillion appears to be over ambitious.

“Then the balance which is going to come from budget deficit is the very worrisome aspect because N1.5 trillion projected as revenue from independent sources which are not stated was because of certain things they are going to do if they plug some holes here and there. that they can realise that N1.5 trillion appears to be subjective. And then that they plan to realise N350 billion from monies that will be recovered from corrupt politicians to the best of my knowledge is clouded in uncertainties.

Emeka Okolo, Managing Director, Molten Trust Limited said the key is implementation. “What I am concerned is that the budget should be implemented; we are no longer interested in discourse everyday again; we want implementation of the budget. On paper, it is good, but implementation is always the issue.

According to Managing Director/Chief Executive Officer, Capital Bancorp Plc, Mr. Higo Aigboje, “The 2016 budget is very positive if it is faithfully implemented and can bring about economic prosperity. Nigeria’s problem is not about budgets, but about the implementation process.”

Focus on capital market for borrowings
While commending the principle behind the budget, Acting President, Chartered Institute of Stockbrokers, CIS, Mr. Oluwaseyi Abe advised the federal government to focus on the Nigerian capital market for its borrowings. He said: “The budget as presented by President Muhammadu Buhari is good for the country as it is reconstructive and  meant to revive the economy. With the price of crude oil at about N38, the focus should be on capital market growth and formation to provide the needed fund to finance infrastructure.”
The budget is promising—MAN
Dr. Frank Jacobs, President Manufacturers Asociation of Nigeria, MAN, said: “Although, we have not really analyzed the budget yet, we commend the Federal government on its timeliness; we commend the Federal Government for empowering entrepreneurs and for spending more money on infrastructures.”