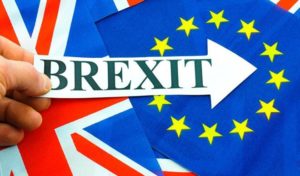 In a historic vote held recently, the British people decided to exit the European Union (EU) in what is known around the world as Brexit.  The decision has already resulted in political chaos and long term economic uncertainty for the British. The pound and the euro both fell sharply against the US dollar; Prime Minister David Cameron announced his resignation and Labour Party’s leader also lost a vote of confidence among his party’s MPs.
For us in Nigeria, the Abuja Chamber of Commerce said Brexit will impact the Nigerian economy negatively. They expect that bilateral trade between Nigeria and UK, projected to reach 20 billion pounds by 2020, may be disrupted as trade agreements contracted under the EU umbrella may have to be renegotiated. Furthermore, the UK is Nigeria’s largest source of foreign investment and a shrinking British economy could cause a drop in investment, trade and remittances from Nigerians in Diaspora who sent home over 20 billion dollars in 2015. Also, DFID programs which have been a burning political issue in the UK could be affected.

Soon after the vote, there was a spike in Google search about EU. It means that many voters did into really understand the issues involved and are now regretting their decision.  The British have already invented a name for those who voted for Brexit and 24 hours after, came out onto the streets to protest the results.  They are now called “Regrexiters.” Reasons other than Europe decided this vote. While the British government fully understood the implications of a Brexit vote, it appears that most voters didn’t. For the British, for the first time since World War Two, a generation has grown up that is economically worse off than their parents. The gap between rich and poor folks continues to widen and as the misery grows, scape-goatism becomes inevitable. EU membership and its open borders became the fall guys for Britain’s economic misfortunes.

There is a lesson here for all democracies, including Nigeria. Analysis of the British vote showed that younger people voted to remain in EU while older people voted to leave. In both Europe and USA, economic problems have brought a resurgence of nationalism, exclusion and isolationism. Workers feel betrayed because immigrants who are ready to work for much lower wages are taking over their jobs. There are parallels with Nigeria where social analysts have predicted that many of the IDPs in the country will not return “home” whenever the time comes.
The British were later day entrants to EU. They voted in 1974 to join the then European Economic Community, also known as the Common Market. After 42 years they have voted to leave even though the rest of Europe is a family that is staying together. Although the remaining countries do not wish to punish the British, the fact is that if the vote has no consequences then others can also vote to leave. For Nigeria, which spearheaded the formation of ECOWAS 40 years ago modelled after the EEC-EU, we do not want any country here to get the same ideas as the British.
A question being asked is what kind of trade deal can Britain expect from Europe after Brexit? Full access is not possible as UK has forfeited the benefits it obtained from EU. If these result in more economic problems for Britain, it could aggravate other unhealthy social and political trends, such as drift to ultra-nationalism and fascism. This is a danger that Africans shiver to think of, what with the increasing fortunes of extreme right wing political parties in many parts of Europe. The rise of separatist, extreme nationalist and other unsavoury movements in Europe is a danger to Africans in Europe and could also encourage the rise of unsavoury political movements here at home. We must be vigilant.
QUICK SHARE: