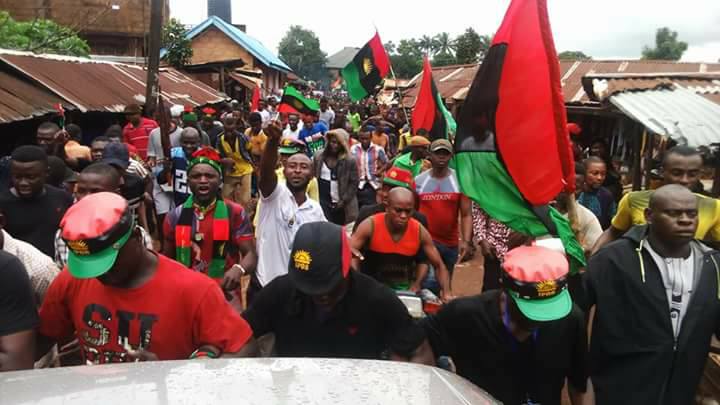 The Federal Government has gazetted the order of the Federal High Court in Abuja, which proscribed the Indigenous People of Biafra (IPOB) and declared it a terrorist group.

The FG, through the Central Authority Unit of the Federal Ministry of Justice, had commenced moves to notify banks, Nigerian embassies abroad and foreign missions operating in Nigeria from further relating with IPOB.

A five-page document was reportedly printed and published by the Federal Government Printer in Lagos on September 20, 2017. The document was signed by the AGF.

It is titled, ‘Terrorism (Prevention) (Proscription Order) Notice, 2017’ and contained in Volume 104 of the Federal Republic of Nigeria Official Gazette.

It warned Nigerians that any person or group of persons participating in the activities of the group “in any manner”, would be violating the provisions of the Terrorism (Prevention) Act, 2011 as amended in 2013 and would be liable to be prosecuted.

“NOTICE IS HEREBY GIVEN that by the Order of the Federal High Court, Abuja, in suit No. FHC/ABJ/CS/871/2017, dated September 20, 2017 as per the schedule to this Notice, the activities of the Indigenous People of Biafra are declared to be terrorism and illegal in any part of Nigeria, especially in the South-East and South-South regions of Nigeria as proscribed, pursuant to Section 2 of the Terrorism (Prevention)Act, 2011 (as mended).

“Consequently, the general public is hereby warned that any person or group of persons participating in any manner whatsoever in any form of activities involving or concerning the prosecution of the collective intentions or otherwise of the said groups will be violating the provisions of the Terrorism (Prevention) Act, 2011 (as amended) and liable to prosecution.

“This Notice shall be cited as the Terrorism (Prevention) (Proscription Order) Notice, 2017,” it read in part.