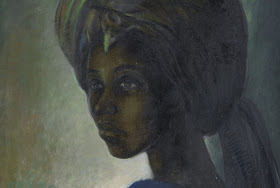 Few weeks ago, the lot of the same ‘Tutu’ title was announced by
Bonhams as a projected leading sale for the African Now auction.
And with £1,000,000, the 1974 Tutu is a record sale, not just for Enwonwu, but a West African auction record. 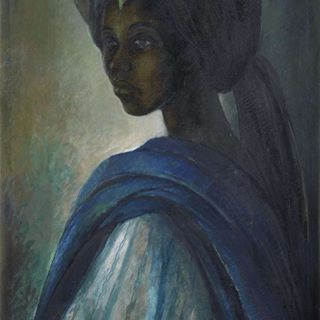 The artist painted the mystery princess, Tutu Ademiluyi in 1973 when he was Professor of Fine Arts at University of Ife (now Obafemi Awolowo University), Osun State,  South-west of Nigeria. Sources from have shown that Enwonwu  painted three versions of Tutu. But the index 1973 version is still missing when it was allegedly stolen after the artist’s death.