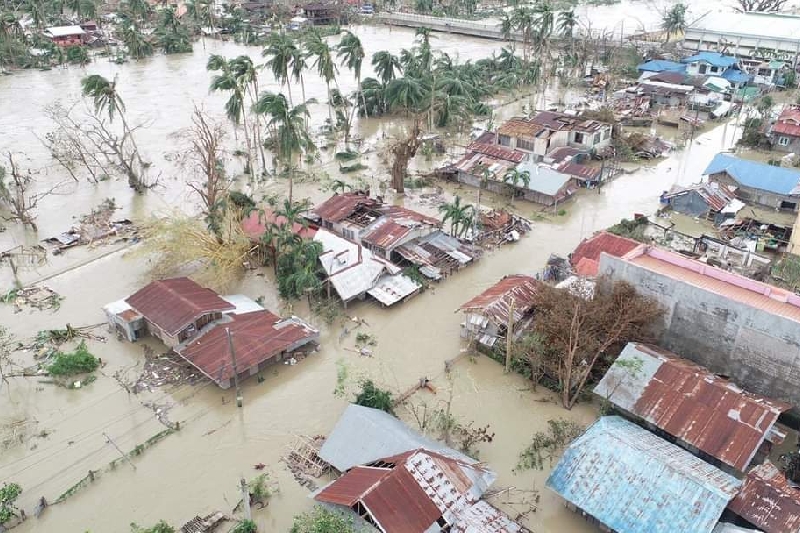 The Presidential Flag bearer of the All Progressives Congress (APC), Ashiwaju Bola Tinubu has made a call to the Buhari-led government and the National Emergency Management Agency (NEMA) to supply relief materials for the victims of the Kogi State flooding, as well as those in Edo and Nasarawa states.

The former Lagos state governor, who recently returned to the country after some weeks in London said that he had been following the news of the destructive flooding in different states.

In the statement issued yesterday by his media office and signed by Mr.Tunde Rahman, Tinubu stated that he was deeply touched by the way the recent flooding has made life hard for the affected states, especially Kogi, Edo and Nasarawa.

He went on to condole with the governors of those three states, Yahaya Bello, Godwin Obaseki and Abdullahi Sule, while encouraging them to stay strong in the face of the flooding menace in their states and further tasked them to offer succor to the distressed victims.

Hear him: ‘I returned to Nigeria yesterday (Thursday) evening. And having been following the sad news of flooding that wreaked havoc and brought untold hardship on our people in Kogi, Nasarawa and Edo states.’

‘I sympathise with the governors of these states who as first responders are battling to provide succour and support to the victims. I am deeply saddened by the news of loss of unquantifiable properties, farmlands and huge investments in agricultural produce in Nasarawa.’

‘The images of this flood in Lokoja and its environment call for a fast and coordinated response to bring immediate relief to our people while the government works on lasting solutions to this problem’, he concluded.

He went ahead to call on the federal government to assist the affected states  in seeing that the affected people who have been displaced from their homes will be able to return to normal life as soon as possible.

In a statement released by the donor, he explained that his aim was to alleviate the suffering of the victims in the affected local government areas. He specified that Lokoja, Ajaokuta, Ibaji, Bassa and Koton Karfe LGAs were to receive N10 million each, while Igalamela-Odolu, Idah, Omala and Ofu local government areas were to receive N5 million each from his donation for disbursement to affected victims.

Hear him: ‘I was so moved by what my eyes saw when I visited victims in the affected local government areas and decided to do something to assist.’

‘As my widow’s mite, l made a donation of N70 million to the eight local government areas badly affected in the state,’  the statement said.

‘With the Internally Displaced Persons (IDPs) properly documented with the maximum cooperation given by the local government chairmen and other stakeholders, I’m very sure there will be fairness and equity in the distribution of the funds.’

He warned that the beneficiaries should not be determined by party or religious affinities because the Kogi state flooding and other states as well, was all encompassing