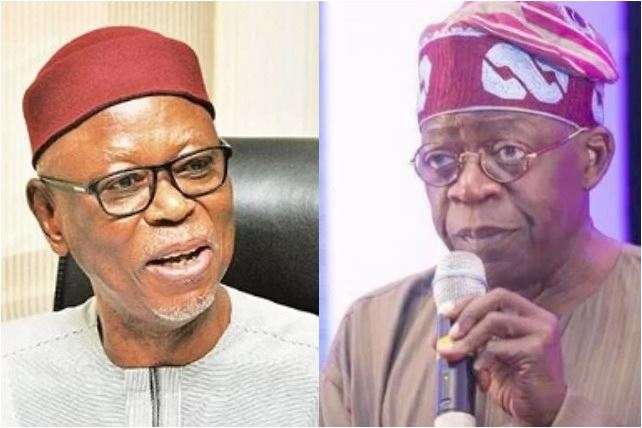 A National Leader of the ruling All Progressives Congress, APC, Asiwaju Bola Tinubu, has said that there was no basis for the one year tenure extension given to the John Odigie-Oyegun-led National Working Committee, NWC, by the party’s National Executive Council, NEC.

He said this is because the tenure extension violates the constitution of Nigeria and the party.

Earlier, the Lagos State chapter of the APC, had rejected the extension, saying it was against the constitution of the party.

Speaking with Independent on whether the former Lagos Governor was privy to the meeting and gave his backing, Tinubu’s Special Adviser, on Media and Publicity, Tunde Rahman, said his principal did not in any way support the extension of the tenure of the NWC because it was against Nigeria’s and APC’s constitution.

He insisted that the NWC and all those who benefitted from the extension should seek re-election when their tenure expires, Tinubu said the APC should always strive to do things in accordance with the constitution, noting that that was the only thing that separated the APC from other political parties.

Rahman said, “I don’t know if Asiwaju Tinubu was privy to the meeting or whether he was consulted or not before the decision was reached.

“But I do know that he has always spoken in support of doing things constitutionally.

“Did the so-called elongation of tenure of the party executives follow the country’s constitution, and even the APC’s constitution?

“Section 223 of the 1999 constitution talks about election of executives of political parties periodically.

“And the section further explains that the election of the party executives will be deemed to be periodical if done every four years.

“What is the fear of those behind the elongation? The executives can contest for re-election and if they are re-elected, so be it.

“No one can deny them that right, but why circumvent due process? Why thwart constitutional process?

“Asiwaju Tinubu would wish that due constitutional process was followed because that’s what has always made the difference between the APC and the other parties.”

He added, “In 2014, three conventions were done in a space of seven months, including the election of new party executives, presidential primaries, and even amendment of some aspects of the party’s constitution, and heaven did not fall.”