Patrick Doyle, the Nollywood actor and filmmaker, has dropped a hint about an alleged imminent attack on a “prominent hotel” in Lagos state.

In a Facebook post on Monday, the entrepreneur and broadcaster called for intercessory prayers to avert the said “terrorist attack”.

The movie star, however, did reveal other information to back his claim.

“Never done this before but I feel a need to call for intercessory prayers to avert a terrorist attack against a prominent hotel in Lagos,” he wrote. 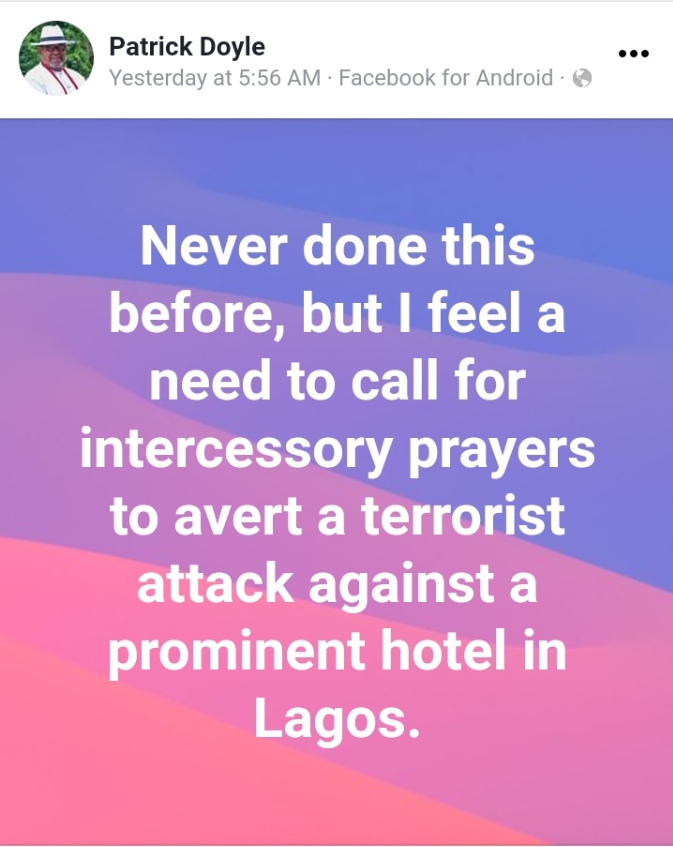 In recent times, the widespread insecurity in the country has continued to generate concerns among several stakeholders.

Bimpe Akintunde, the Nigerian actress, had earlier lamented the situation after she and her daughter survived an attack from suspected bandits on the Lagos-Ibadan expressway.

editor@lifeandtimesnews.com - November 29, 2022 0
REDTV, United Bank for Africa's Lifestyle and Entertainment channel, has reiterated its support for the youth and creative industry, as it continues to empower young...