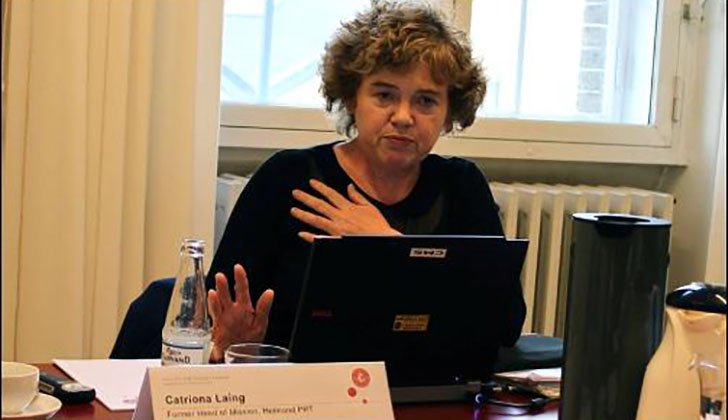 The British High Commissioner to Nigeria, Ms Catriona Laing, has warned that Nigerian politicians who incite or execute violence during Saturday’s elections would have their visas banned and assets in the UK seized.

Laing gave the warning at a press briefing on Wednesday in Abuja to unveil the Election Situation Room of the Civil Society Situation Room set up by a coalition of civil society organisations to monitor the polls in Abuja.

NAN reports that Laing reminded political parties that apart from their assets being seized in the UK, they could experience a worst case scenario of prosecution.

“We will apply this absolutely across board not directed to any particular party; so, we are monitoring and looking out for hate speech.

“We are concerned about the Peoples Democratic Party(PDP) rally which has hate speech a lot and we will like to call that kind of thing out.

“Our two worries are on security not just on the role the police will play to ensure peace but about the role individuals play by getting angry or militias being paid to disrupt elections .

“Then, another worry is fake news ,that is why we rely on CSOs and we will work with them to get information,’’she said

UN Secretary-General for West Africa and the Sahel, Mr Mohamed Ibn Chambas, thanked the CSOs for the launch of the situation room, describing it as a good work toward the elections .

Ibn Chambas said that it showed that the groups were prepared for the elections and ready to monitor the voting process thus helping UN with ideas on the process in the country.

The American Ambassador to Nigeria, Mr Stuart Symington, said that the special thing with the room was not just about that CSOs would say and do but about what every Nigerian would say and do.

“The time has come for this outside world that cares so much about Nigeria to listen to the people of Nigeria and to see what each of them do and then forward the results to lift Nigeria up,’’ Symington said.