Popular Nigerian actor Zubby Michael recently had people commending him over his gesture towards some of the favourite faces in the entertainment industry.

Zubby who is presently on set shooting a new movie titled, Abada, released videos on his social media page and informed his fans of the upcoming movie.

The movie which already promised to be a blockbuster featured some prolific role interpreters in the industry.

In the clips, Zubby was seen bowing to greet his cast consisting of movie veterans like Pete Edochie, Nkem Owoh and Legendary musician Faze.

He was also captured taking selfies and having fun on set with other Nollywood stars, Hanks Anuku, Harry B, Ini Edo, Baba Rex, others. 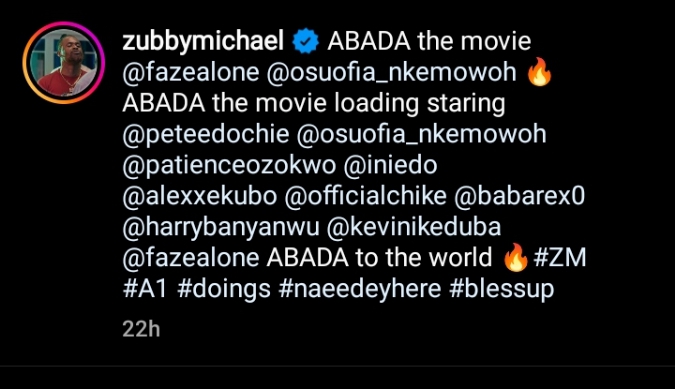 Fans took to his comment section to gush over the star-studded movie and commend Zubby for his ‘level of respect’ to movie veterans. 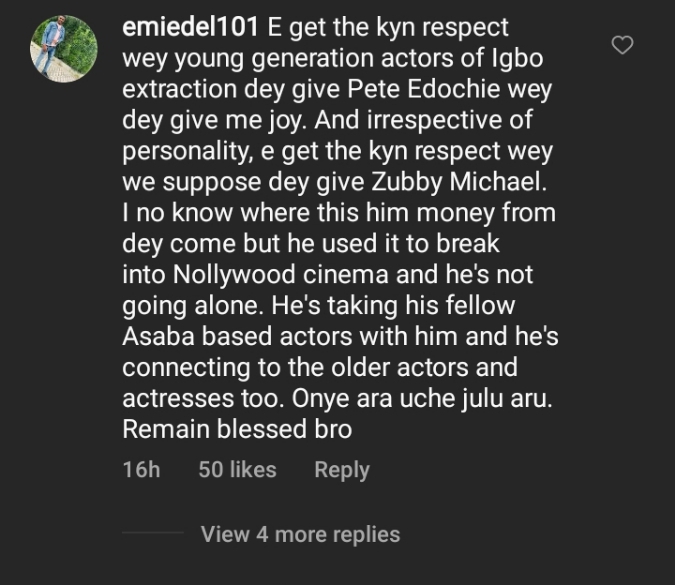 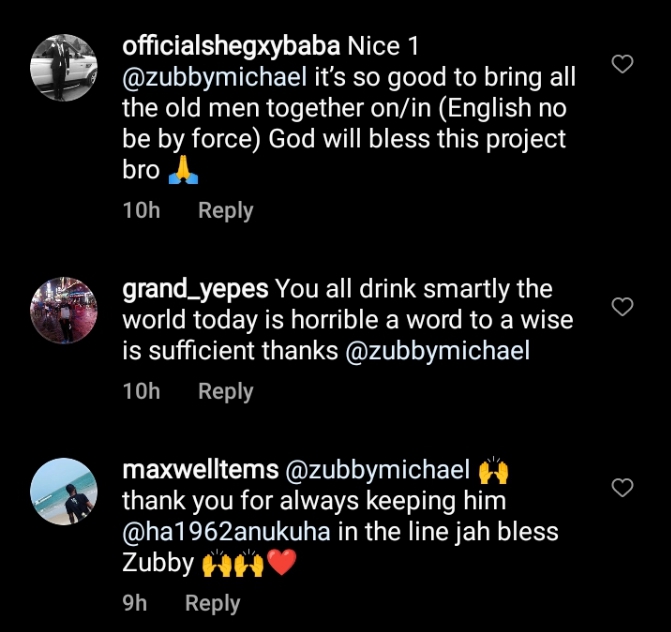