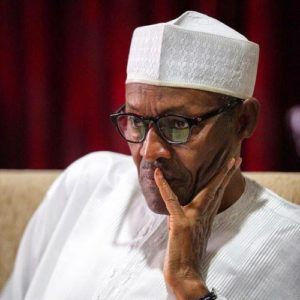 A Peoples Democratic Party, PDP, Chieftain, Barrister, Kabir Usman, has criticised the President Muhammad Buhari- Federal Government, saying the government has failed to live up to its electoral promises.

Usman, an aspirants for the position of the National Publicity Secretary, NPS, in the party’s failed National Convention, in Port-Harcourt, Rivers State, said Buhari and his party, have also crippled Nigeria’s economy.

In a statement, he issued yesterday, Usman said, “Since assuming the reins of power, President Muhammadu Buhari and the All Progressive Congress have not only failed to meet their various campaign promises, but are also presiding over a Nigeria that many have come to see as least economically viable since 1999.

“Looking at poverty, unemployment, inequality, insecurity, inflation, decay in infrastructures, suffocating symptoms of underdevelopment, judicial rascality, electoral inadequacies, market failure, among others, it appears Nigerians are in for worst situations with President Buhari and his APC led administration.

“Nigeria only few days ago lost her place as the biggest economy in Africa to South Africa due to poor leadership on the part of Mr President and his team. Even the early euphoria that greeted Buhari’s coming has turned sour in the mouth of all Nigerians.

“Insecurity situation has gone from bad to worse, with Boko Haram transmuting to herdsmen terrorizing peaceful Nigerians in Benue, Kogi, Kaduna and some other states in the south.

“Indeed, this is the most trying period for our country and it’s citizens. The President has hugely disappointed everyone, the only thing left for him is to desist from continuing blame of the past administration, identify technocrats that can help him salvage a saggiing economy, and save the country from further shame.

“My heartfelt sympathy is with Nigerians that are further put into misery by this administration. Everybody is aware of the reality that since the inception of the APC Government every elections has ended inconclusive. From Kogi state Assembly and Senate elections to Bayelsa state gubernatorial election which was like war, so many innocent lives were lost, Abuja Area Council elections also exposed the unpreparedness and unreadiness of the APC and Buhari administration. Now we are hearing that APC supporters are being recruited as Adhoc staff ahead of the Edo Gubernatorial election.

“The situation where people are condemned even before trials by the court of law is questionable and amounts to arbitrariness and impunity.

“PDP has learned from its shortcomings and Nigerians from all walks of life can attest to the fact that the decision to elect Buhari and the APC in 2015 was a costly mistake.

“There is a limit to what propaganda, mischief and deceit can accomplish. Therefore, the President and his team must brace up for leadership challenges instead of their usual name calling and blame game,” the statement added.