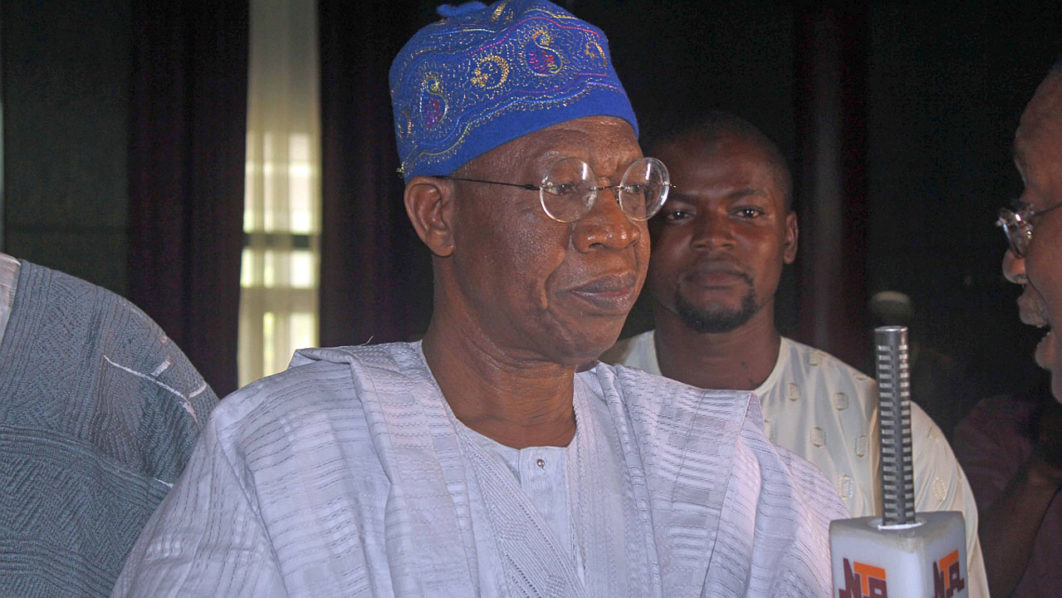 Nigeria did not designate marauding Fulani herdsmen as terrorists despite being responsible for hundreds of death and destruction of properties because their activities were criminal and not terror-related, the minister of information said on Wednesday.

Lai Mohammed told BBC’s Focus on Africa that the criticism of Nigeria’s designation of the Indigenous People of Biafra (IPOB) as a terrorist organisation was flawed, noting that both the separatist group and the deadly herdsmen have different agendas.

Mohammed insisted that the herdsmen’s “acts of criminality should not be confused with terrorism acts” even though they were named the fourth deadliest group in the world, according to the 2014 Global Terrorism Index.

But President General of the Ohaneze Ndigbo, John Nwodo, who was earlier interviewed on the programme, said that the labelling of IPOB as a terrorist group was “extremely unfair and lopsided.”

The targets and victims of cattle rustlers and Fulani herdsmen were usually farmers and residents of attacked communities.

But unlike the herdsmen, IPOB is demanding an independence for the Igbo people in Nigeria’s southeast. Its push for an independent Biafra became heightened since 2015, especially after the arrest and release of its leader Nnamdi Kanu by the government.

Kanu said his group was non-violent and would only use peaceful means to achieve its goal.

“We have chosen the track of peaceful agitation, non-violence, persuasion, logic, reason, argument,” he told AFP in an interview in May.

“We are going to deploy all of that to make sure we get Biafra.”

Mohammed, however, said IPOB’s non-violent claims were just a facade to cover up its terrorist intentions.

“For instance, Nnamdi Kanu, the IPOB leader was caught on tape, saying that they want Biafra and not peacefully, but by force.

“He declared that if they do not get Biafra, Somalia will be a paradise with the kind of mayhem they will unleash on Nigeria.