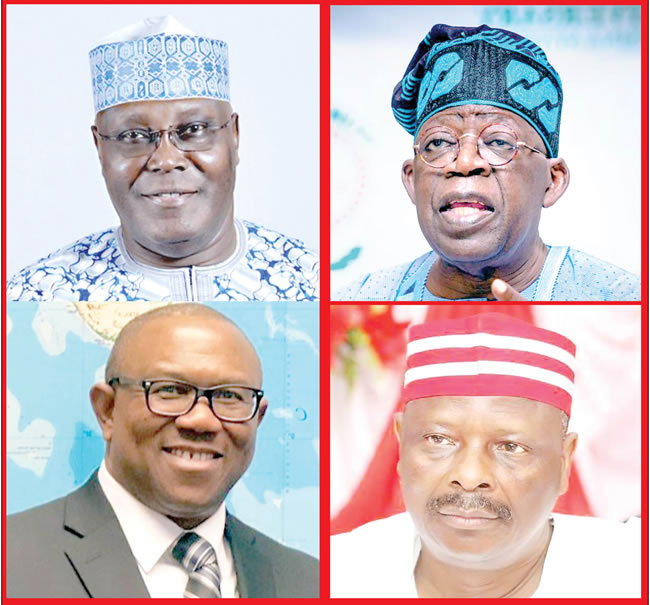 How are Nigerians to make an informed choice of president in 2023 if some of the major aspirants won’t show up for debates?

Last Sunday, the Center for Democracy and Development (CDD), Arise TV and a few other media groups teamed up to organize a town hall. It was supposed to be an important date in Nigeria’s political calendar. The hosts invited Atiku Abubakar of the People’s Democratic Party (PDP), Ahmed Bola Tinubu of the All Progressives Congress (APC), Peter Obi of the Labor Party, and Rabiu Kwankwaso of the New Nigerian Peoples Party (NNPP) to participate.

From the outset, the event was fated to be a fiasco. Atiku was a no-show. Instead, he sent his running mate, Governor Ifeanyi Okowa of Delta State, to represent him. Neither Tinubu nor his VP choice, Kashim Shettima, deigned to show up. Of the main invitees, only Obi and Kwankwaso took part in the event. They were joined by Kola Abiola of the Peoples Redemption Party (PRP).

The audience at the live event bristled. Why would two of the ostensibly major presidential candidates skip a key forum to speak to Nigerians?

Atiku’s absence, Okowa explained, owed to a foreign trip. He added that the organizers had excused the PDP’s candidate, a former vice president of Nigeria. If true, the organizers erred. There’s a significant difference between a man seeking the presidency and one running to be the VP. If an event is advertised as a gathering of presidential candidates, it should stay so. If Atiku had proposed that Okowa stand in for him, the organizers should have said, thanks, but no thanks.

In allowing Okowa to substitute for the man who holds the top of the party ticket, the organizers displayed a lack of spine and deficiency of principle. They unwittingly abetted the diminishment of their event.

I don’t mean to question Okowa’s political stature or intellectual weight. Nobody who saw him at the forum could have mistaken him for a lightweight. No, he held his own. Some of his prescriptions for addressing pervasive insecurity within the Nigerian space sounded cogent. But the proper place for him to advance those views would be a debate between various vice-presidential candidates. On the stage with Kwankwaso, Obi and Abiola, he was a misfit and interloper. He occupied a seat – Atiku’s – that was not his to occupy.

When did the organizers learn that Atiku would not be present? Did he initially accept to take part, and then bailed out late? In that event, he should have been refused the privilege of sending Okowa. If the former VP had had scheduling conflicts, the curators should have worked harder to find a date that suited him as well as other candidates.

Atiku was in the US. He made stops in several US cities to meet with Nigerians. Those encounters could have waited. I doubt it would have been too much trouble to reschedule them. He’s seeking to run Nigeria. The Arise TV town hall gave each candidate an opportunity to set himself apart and to orchestrate his vision. It’s rather disappointing, and may well be instructive, that Atiku didn’t seize the moment.

Tinubu’s attitude was worse. His campaign altogether spurned the town hall. Why? Well, his spokesman, Festus Keyamo, issued an apologia. His statement claimed, in effect, that Tinubu’s campaign was so hectic that the candidate couldn’t afford the distraction of a town hall debate. Keyamo sought to cloak his candidate’s delinquency in a garb of high-mindedness. According to his statement, “many radio and TV networks in Nigeria have indicated interests to host such debates and out of deference to other TV and radio stations, our candidate will not be making selective appearances in some networks, whilst ignoring others. As President of Nigeria, by the Special Grace of God, he intends to treat all persons and businesses fairly and equally.”

I’m straining not to call this bullshit, so I’ll settle for bunkum. For one, there’s no evidence that Tinubu’s itinerary is busier than his opponents’. At any rate, there’s no conflict between party campaign events and a debate between candidates. Confident political candidates are hardly reluctant to meet their opponents in a ring. They welcome the challenge of clarifying, differentiating and selling their positions. It’s fatuous to reject debates on the ground that a party doesn’t want to be selective. In that event, the APC and Tinubu should call for more debates – in order to accommodate requests by other TV networks.

Tinubu’s entire posture is strange. He has the most to gain or lose, depending on his performance in a debate. He could dispel, or sustain, lingering doubts about his physical fitness and mental prowess. He could mitigate, or exacerbate, the haunting ghost of President Muhammadu Buhari’s disastrous incumbency. At the very least, he would have the opportunity, before a large national audience, to emerge out of the shadows that have dogged his biography. The man has faced persistent questions about such basic details as his original name, academic career, and whether he had a criminal conviction in the US.

Debates fertilize democracy. They enable voters to weigh candidates’ respective platforms. When candidates speak from the same stage, and address their minds to specific issues, they model their talent before those who will decide whether to hire them or not. A candidate who invokes his hectic schedule to justify his absence in a political debate is akin to a professional boxer who declines to face an opponent in a match because he’s too busy worrying a punching bag in his gym.

Nigeria has never been in a more critical political shape. It is a besieged country, torn by myriad security crises that are compounded by worsening economic woes. Its continued existence as a single entity is imperiled. It follows that the 2023 elections must be substantively better than other polls in the last twenty odd years, if not the entirety of the country’s independent history. Any presidential campaign that hasn’t figured out that the stakes are unusually – indeed uniquely – high is a potential plague on Nigeria.

If a candidate can’t or won’t debate his ideas in an open, competitive forum, why should Nigerians take the gamble of entrusting their broken lives to the care of such a man?