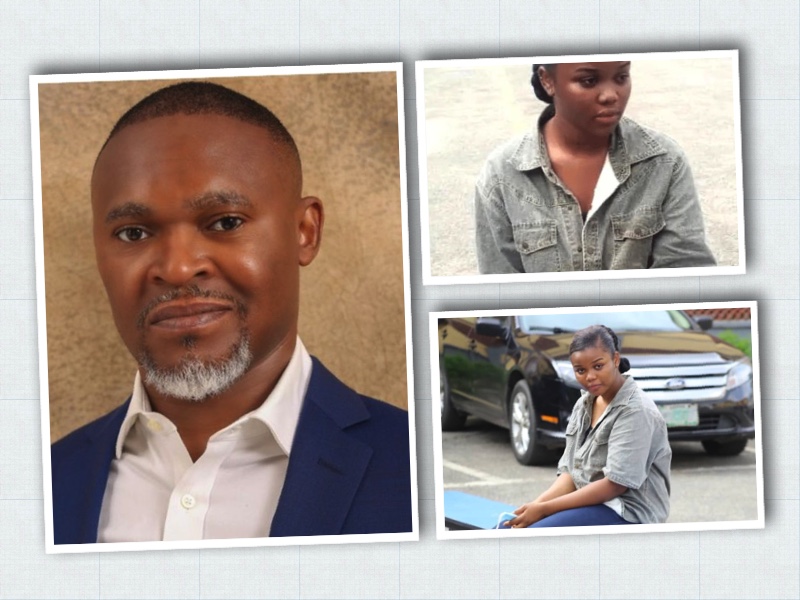 A Justice of the Lagos High Court sitting at Tafawa Balewa Square, Yetunde Adesanya, has discovered that there is an existing amorous relationship between Chidimma Ojukwu, the alleged killer of Usifo Ataga, Super TV CEO and her foster father, Ojukwu Onoh.

This was disclosed by a prosecution witness and Deputy Superintendent of Police (DSP), Olusegun Bamidele during cross examination by Chidimma’s counsel, during trial within trial to find out the voluntariness of the defendant’s statement.

According to Bamidele, who presently works with the Homicide department of the State Criminal Investigation and Intelligence Department (SCIID) Panti, Yaba, when Chidimma was arrested, she was not under duress when she volunteered the fact that she was having an amorous relationship with her foster father, to the police.

He also informed the court that the police discovered information about the amorous relationship between the duo during investigation, adding that Mr Ojukwu was not sincere with the police.

His words: ‘During his detention, we stumbled on information that there was an amorous relationship between the first defendant and her foster father (Mr Ojukwu). We found out that he wasn’t being sincere with us and that he knows she (allegedly) committed the offence which she is standing trial for and that she was concealing vital information. We also established that Chidinma’s mother never approved the custody of Chidinma to Mr Ojukwu. It was on this basis that the police authorities felt it cannot wish away the intelligence it received and decided that he should be charged at the Magistrate Court along with one Babalola, the second defendant and the third defendant.’

Recall that Chidimma Ojukwu, a supposed 300 level Mass Communication student of the University of Lagos is currently standing trial with one Chioma Egbuche and Adedapo Quadri for murder, stealing and forgery.

When the proceeding resumed, the state counsel, Ms T.E. Onilaja informed the court that it adjourned the case for trial within trial at the last date.

At the last proceeding, the prosecution counsel demanded that written statements of the defendant should be tendered. Her counsel, Onwuka Egwu, however objected to the admissibility of the documents, with claims that Chidimma did not make the statements voluntarily. He stated that the statements were obtained under duress, intimidation, inducement and by oppression, while asking that the court should test the veracity of the voluntariness of the statements.

On his part, however, Bamidele maintained that Chidimma’s statement was neither obtained under duress nor by inducement. He narrated that his office setting and environment didn’t portend such, noting that she wrote part of her statements herself but had to help her write part of it because her writing was not eligible.

Hear him: ‘On June 23, 2022, after her arrest, we took her to the DCP’s office for an initial questioning. Then, we took her to our hall which is big and fully air conditioned. It is a conducive place. I sat close to Chidinma, she was so comfortable. ACP Razak Oseni was with me, along with my other colleagues. Before the questioning, she asked for water to drink and we gave her. She also said she hadn’t eaten, so we bought food for her from an eatery. Then, we started the interaction so as to get relevant information that will help our investigation. After she had disclosed enough information, I told her she needs to write a statement. Cautionary words were applied and she confirmed she understands them perfectly. She initially started writing her statement, but I noticed her writing wasn’t legible, so I suggested that she writes in capital letters. But, she said I should write it for her. I reminded her that she is an undergraduate of Mass Communication at UNILAG. But she insisted I write it for her, which I did.’

According to the witness, the statement was dated June 24, 2021. She however wrote another statement, this time, with her handwriting in the evening of the same day and it was done under the supervision of his colleague, ASP Funke Madeyinlo.

Bamidele further attested in court, that had interactions with Chidimma in a hall, which according to him, has a podium and a capacity of containing 300 people.

The case was adjourned for November 10, 2022 after he presented his evidence in court, for further trial within trial.