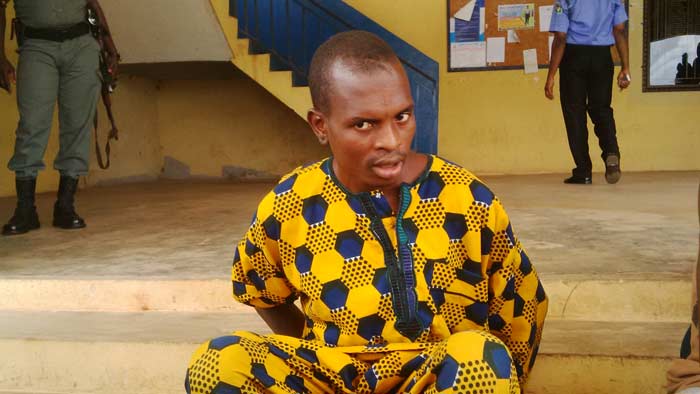 A member of the deadly Boko Haram sect, Mohammed Bashir, who was arrested by men of the Ondo State Police Command a few days ago had stated that members of the sect were planning to carry out an attack in the state before he was arrested.

Bashir was arrested in Isua Akoko, the headquarters of the Akoko South-East Local Government Area of Ondo State.

Parading the suspect on Tuesday at the command’s headquarters in Igbatoro, Akure, the state capital, the state Commissioner of Police, Mr. Gbenga Adeyanju, said the suspect would soon be handed over to the  Nigeria Army for further action.

The suspect, who spoke in the Hausa Language told journalists that there are other members of the sect in Ondo State who were yet to be arrested.

He said, “I am an officer in Boko Haram, I was arrested by the police when I wanted to go and eat. Myself and other members of the gang are meeting in the bush on how to carry out attacks in Ondo State. I left the meeting to go and eat when the police arrested me.”

The suspect said he joined the group some few months ago and that he had participated in many attacks in Borno and Nasarawa States.

He added that some powerful people supplied them arms and ammunition in the bush with which they used for their various attacks.

According to the 20-year-old suspect, “ Killing means nothing to us, I have once killed two people with gun, I killed one man and a boy, we just kill people at will. We kill people because we believe that those practising western education are evil doers and we must kill them. “

However, the police boss said if there were members of the sect still remaining in the state, they would be arrested.

Adeyanju called on the people of the state to support the security agencies in giving out information about the activities of criminals in their environment.