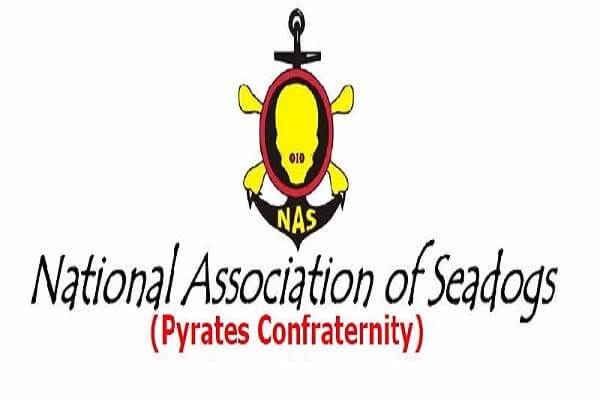 The National Association of Seadogs (NAS), also known as the Pyrates Confraternity, has joined other Nigerians and groups calling for the restructuring of the country.

In a press release signed by its international President, Mr. Arthur Boje, the organisation stated that since the restructuring idea has received various interpretations among both its proponents and opponents, including the call for such initiatives as the devolution of political power from the federal government to the states or indeed to regions, it vital for the government to heed the call.

Boje said his organisation would not be “bogged down in an effort to define these demands. We however consider ourselves duty-bound to draw attention to various critical issues about today’s Nigeria that should have a direct impact on the main restructuring debate”.

According to the statement, “There is little or no disagreement among Nigerians and students of Nigerian history about the fact that from either the amalgamation in 1914 or independence in 1960 to the present, the Nigerian project has not been particularly successful.

“Judged by reference to such indices as gross domestic product per capita, infant mortality, life expectancy, literacy, physical and social infrastructure, cost of governance, and public-sector efficiency, the Nigerian experiment has, for the most part, proven an unmitigated failure. We are of the firm view that urgent and radical measures are required to rescue Nigeria from an impending disaster.”

NAS further stated that the association was resolute in its belief that rationality and good conscience demand the restructuring of any polity.

The association said: “Obscenely rewards political office holders who “served” for only 4 or 8 years, with hundreds of millions of naira in lifetime pensions and free housing, while retired civil servants who sacrificed as long as 35 years of their lives in the service of the nation, slump and sometimes die, on endless queues, waiting for paltry pension receipts that they cannot be sure will ever come.

“Has an educational system that brazenly demands from one pupil a score of up to 130 points while requiring from his or her classmate a mere 4 points to qualify for the next class, solely on the basis of their different ethnic backgrounds, certainly needs to be restructured.

“Has a federal system of government in which officials of the federating units embark on a monthly pilgrimage to the seat of the central government in order to collect funding and occasional subventions (without making much of an effort to grow their respective subnational economies) is surely a good candidate for restructuring.”

Boje, also known as the Pyrates Cap’n, said the above deficiencies coupled with other manifestations of structural imbalances that have remained the major impediments to the socioeconomic development of Nigeria are responsible for the current increased tension and restiveness across the country.

The Pyrates said following its perceived imbalance in the country, it was constrained to join others in the calls on the federal government to “pay heed to the urgent need for a structured and democratic response to the clamour for a redressing of the imperfections in the structure and style of our government in the interest of a more united, prosperous and peaceful Nigeria”.