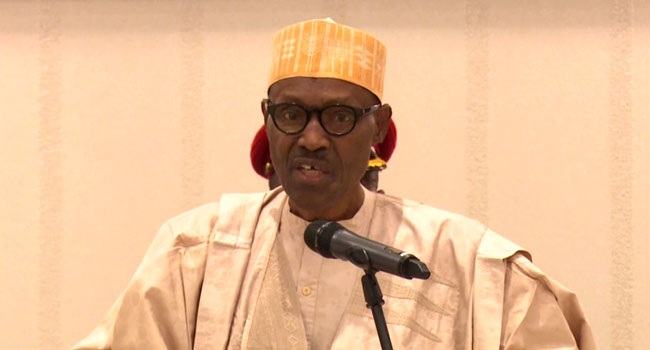 The recent letter from President Muhammadu Buhari to the National Assembly requesting approval to borrow additional $5.5bn from the International Capital Market has brought to the fore the issue of huge debt stock being carried by the country.

In the last two years, Nigeria’s debt profile has ballooned astronomically while the debt service has eaten deep into the government’s finance to the extent that as a country, we now spend around 60 per cent of our income to service outstanding debts.

As of June this year, Nigeria’s external debt stock stood at $15.04bn while the domestic portion stood at $39.33bn.

When combining this with debt profile of the 36 states of the federation, including the Federal Capital Territory, the nation is sure approaching a dangerous threshold in our quest to use debt as a means of developing our broken down infrastructure.

From the look of things, it appears that the government is not yet done in its quest to seek more debt to resolve its budget deficit which has increased in recent times due to a shortfall in revenue earnings from oil and non-oil sources. In its bid to spend its way out of recession, the government has projected to spend more money to build broken down infrastructure, generate employment and improve the ease of doing business in the country.

These are indeed lofty goals for a country that has suffered extreme neglect by successive governments in the time of boom when we should have deployed our then improved incomes from oil export to fast-track development.

Even though Nigeria has exited recession going by the report of the National Bureau of Statistics for the second quarter of the year with GDP growth of 0.55 per cent against the negative growth in the previous five quarters, there is still much to be done to further rejuvenate the economy and improve the standard of living of every Nigerian currently going through suffering and pain.

In his letter to the National Assembly, the President allayed fears that the new debt issuance could further compound the problems of debt stock of the country. Also, some months ago, the finance minister, Kemi Adeosun, told Nigerians that she was making efforts to substitute domestic debt for foreign in a move to cut down on debt servicing cost. All these are simply attempts by the government to justify its rising appetite for debt as a short cut to fund its developmental programme.

Ordinarily, this is good thinking considering the huge cost the government will be saving on debt service as a result of the reduction in interest rate payment. However, beneath the surface is our dependence largely on crude oil exports for foreign currency earnings with its attendant risk. A sudden shock in the global prices of the commodity could spell doom for the government calculation. Oil price has never remained stable for too long; it has the cycle of boom and bust and any country that usually anchors its economic growth on oil business will always find itself at the wrong side of the stick.

Where we are today as a nation was as a result of our over-reliance on earnings from crude oil, which have not been properly deployed to the benefits of the country. In the time of boom, we were not able to manage our income well enough to provide succour for ourselves in the time of bust. If for whatever reason, the oil price drops further, which is most likely to happen in the near term, the country’s ability to service its external loans will become more difficult with the pressure transferred to the common man on the street.

In spite of all efforts being made by the government to increase its income generation through taxation, official data has not shown any significant progress in that line. The state of the economy today has shown that unless the government improves the economic environment, the ability of businesses to employ more hands and even pay tax will continue to be challenged.

In the past three years, many businesses have closed down due to their inability to access foreign exchange and credit at cheap rates, while many are also struggling to survive under the huge burden of poor energy supply, the effect of multiple taxation, and unfavourable government policy.

Particularly, Nigerians are also worried that part of the external loans being sought by the government could end up in the pockets of those in government as corruption remains a major concern to many in spite of noise about war against corruption being waged by the present administration.

Nigerians have yet to feel the impact of the huge borrowing of government on major infrastructure development; the roads are still dilapidated, power supply remains epileptic while standard of living of an average Nigerian is getting worst daily.

Our economy remains fragile even with the claim that we have exited recession; it is very possible that if right policy actions are not put in place, the economy may still slip back to recession.

The problem with our government is that once the price of crude oil drops as we had witnessed since 2014, it starts mouthing diversification of the economy. However, as soon as there is a slight recovery in the global price of oil and we record increase production output, the song changes and all policies that could aid diversification of the economy are put in abeyance while the old order is restored.

The first thing the government should do is to stop its appetite for debt accumulation and look inward to generate more resources from other sources, while using the income from oil to develop the key areas such as agriculture, solid minerals and tourism to boost revenue generation. It should also cut down drastically the cost of governance as a means of reducing the pressure to look for more money to finance its expenditures. From the executive to the legislative arms of government, the country is carrying a huge overhead that it ought not to.

Second, the government should strengthen the law to ensure increased private sector participation in the development of critical infrastructure such as roads, power supply and housing so as to free more resources to take care of other major areas of the economy.

Providing the enabling environment for development should be the focus of the government and the only way this can be done is by improving the quality of rules and regulations governing the business environment; ensure the enforcement of existing laws and eradicate corruption, impunity and nepotism.

Private investment will always thrive where the rule of law is rigorously enforced and government policies are predictable for the sake of long term planning and stability.

Government could successfully attract investment into the power sector and even the constructions of road infrastructure provided due process is followed and it is ready to honour agreements.

The government should not drag the nation back to the pre-2004 era, when debt burden almost sank the ship of our nascent democracy. If the government must borrow, this should be done sparingly and efforts should be made to ensure that such debts are properly deployed to fund projects that can regenerate themselves without further burdening the suffering Nigerian masses.