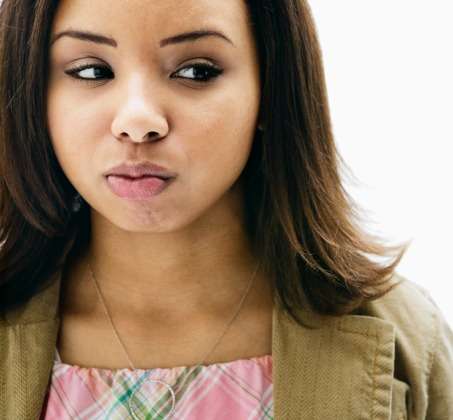 Nigerian singer, Praiz, asked on his Twitter, why women find it difficult to leave abusive  relationships but quick to dump broke men.

Abuse and dry pockets are familiar terms in every discourse about the biggest problems plaguing Nigerian relationships and marriages; so it was not surprising that Praiz’ tweet, dated May 21, 2018, got people’s attention and drew responses in no time.

The singer’s question presumes that dumping a man who is broke is a more common thing to see among Nigerian women than leaving abusive but wealthy partners.

And quite surprisingly, that presumption went largely unchallenged, with people focusing on the ‘why’ instead of the veracity of the presumption itself.

There can’t be any conclusive answer to this, of course, as different strokes will always appeal to different folks in different ways.

But then, it has been argued here that a worrisome amount of romantic relationships in Nigeria are transactional in nature.

That is to say, people go into relationships for the financial and other forms of gain they can get from it, while keeping their end of the ‘love bargain’ by giving sex, offering love, affection and other things that relationships are made of.

Why is it difficult for women to leave abusive relationships but easy to leave broke men ? ( Discuss 100marks ) 🧐

That Praiz’ inferred claim went unchallenged seems to lend further credence to this opinion. It seems far too many people agree that this is how most relationships.

‘No money, no honey’ appears to be a true maxim, afterall.

If yes, do they prefer abusers to broke men?

Again, there can be no cut-and–dried response to this question; but putting the singer’s tweet and the responses in focus, it appears that people truly believe that this is the case.

Peep some of the responses below:

@sigfriend says “It is sweeter to cry in First Class to Dubai, than sing while carrying basin from the stream.”

And most tellingly, Jennifer Aifee adds “It’s just the money they’re after… A friend of mine once said that it’s better you stay with a violent wealthy man than with a broke guy,”

Why, exactly, do women find it easy to do stick with abusive partners but experience no such hitches dumping broke men?

As expected, most of the answers on that thread  flow along  lines of the pleasure and comfort money brings, and the fear that women often have in the face of abuse; doubting if they would be fine on their own, if they would be able to fend for themselves and keep up the same standard of living if they do the needful by dumping the abuser.

And there can be no doubting that all that is correct.

What many fail to consider, however, is that the mental and manipulative aspect of abuse also affects women’s decision-making in situations of abuse.

User, @Cuntosaur, however puts this in perspective with this response:

“Abusers spend time psychologically building their victims in ways that make them dependent on them and only them. Either financially, emotionally or etc. As well as the rationalization that the abuse might be your fault so maybe you need to be better.”

One other impression that people seem to have, from that thread, is that broke men are not abusers; an assumption that couldn’t be farther from the truth.

However, as a user points out with her comment, a broke guy should know better than to be abusive, because he’d be arming the woman with the perfect opportunity to unceremoniously drop him like a hot potato.

Broke plus abusive is obviously a concoction too repulsive for any woman to endure.