Nigerian celebrities have sent their condolences after rapper and actor, Ikechukwu demanded justice for his 14-year-old in-law who was allegedly bullied to death by his schoolmates.

The Rapper stormed his Instagram page on Thursday morning to share the disturbing story of the tragic death of the teenager identified as Obinna Obiefueh, who was a cousin to his wife, Ella.

According to Ikechuckwu, the boy, a SS2 student of Queen of the Holy Innocent Secondary School, Ogwume in Ideato Local Government Area of Imo State, was found dead in the school’s boarding house.

He said the deceased was beaten up and bruised by bullies in the school, saying there are so many holes in the account rendered by the school authorities concerning his death.

“Frankly I’m sick of these happenings. Now it has come to my doorstep. I urge every media portal to help bring light to the happenings surrounding this event and every other event concerning these children who we confidently give to schools to look after.

“This is outrageous. No child should have to die, talkless of in this manner where they are supposed to be safe and cared for, I implore all media and bloggers to please help pursue this to the end.

“MAY HIS SOUL FINALLY REST IN PEACE. MY DEEPEST CONDOLENCES TO THE ENTIRE FAMILY. #JUSTICEFOROBINNAOBIEFULEH.” 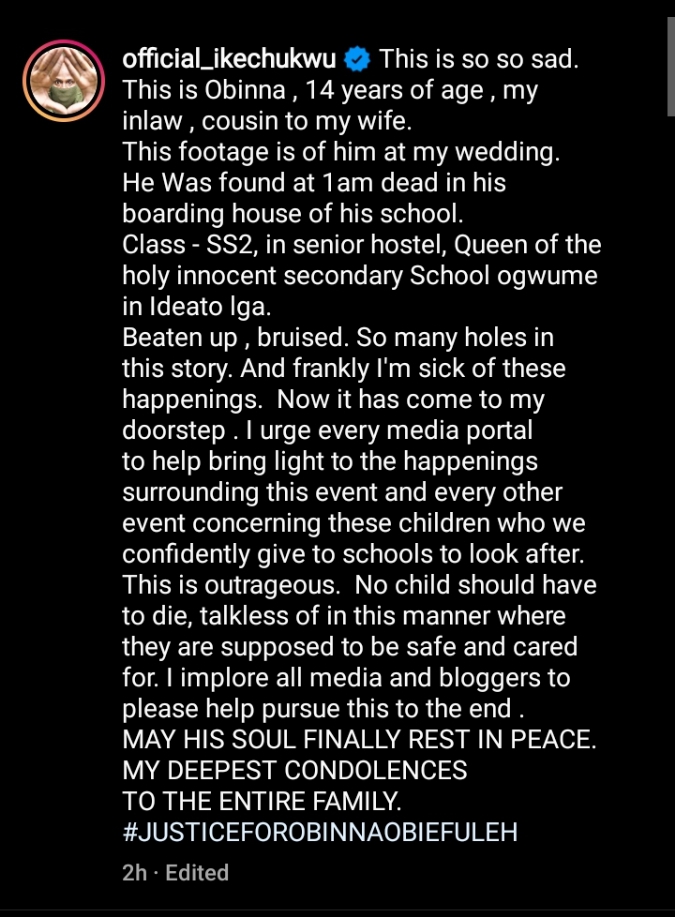 Reacting to the heartbreaking incident, celebrities including Frank Edoho, Kelvin Ikeduba, Beverly Osu, others have expressed their pain. 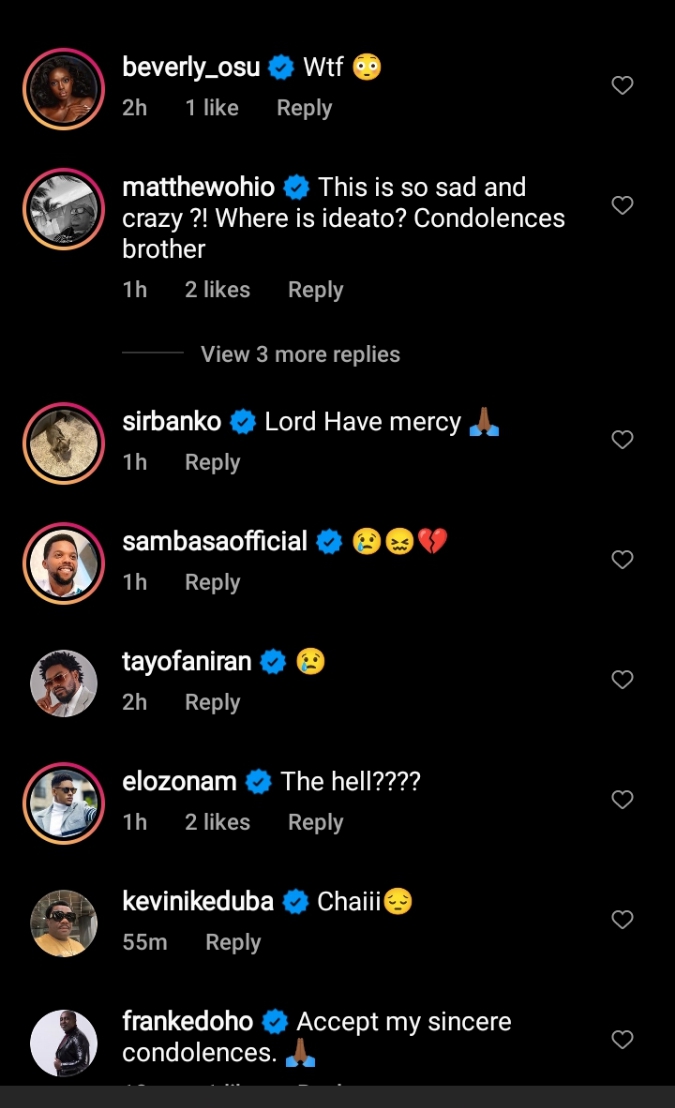