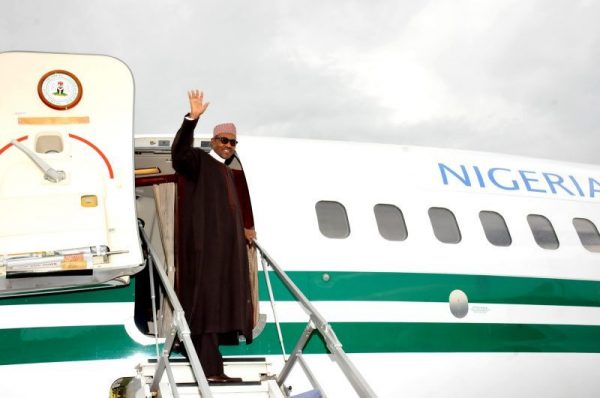 President Muhammadu Buhari will depart the United States of America for London today, Thursday, where he would see his foreign doctors.

Buhari addressed the world leaders on Tuesday in New York at the 72nd session of UN General Assembly.
The president who is supposed to see his doctors on Saturday, September 23, for a scheduled medical appointment will fly back to Nigeria after a check-up. He had earlier spent about 103 days in London treating an undisclosed statement which left him severely emaciated.

Recall that a statement released by the president’s spokesman, Femi Adesina, had said Buhari will transit through London on his way back to the country.

Meanwhile President Buhari has revealed the content of the conversation between him and President Donald Trump of the US in New York.

The US president hosted selected African heads of state on Wednesday on the sideline of the United Nations General Assembly.

Buhari revealed that they discussed the US’ support for Nigeria, especially in the area of corruption and terrorism.