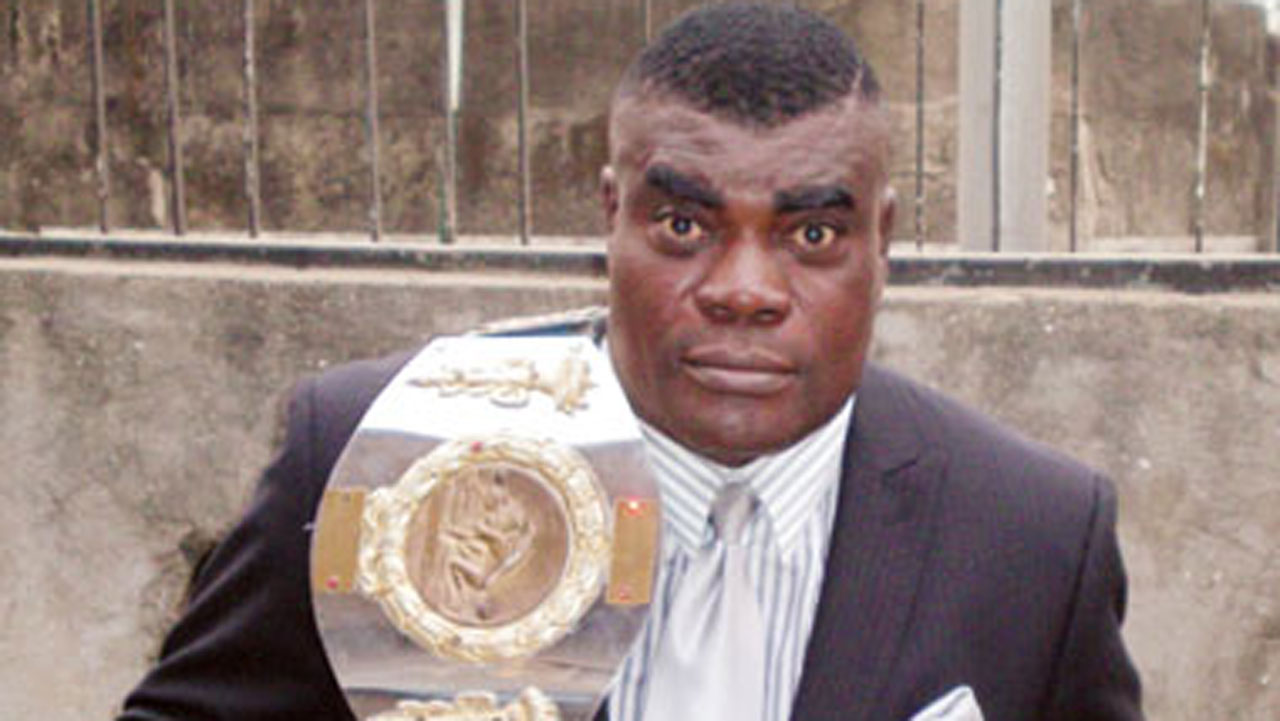 A renown wrestler, John Eke Uti a.k.a. Power Uti, was on Tuesday hauled up before an Ebute Meta Magistrates’ Court, Lagos, for allegedly killing his wife, Toyin,

Uti, 55, was arraigned before Magistrate Bola Folarin-Williams on a two-count charge of murder and disrespect of corpse.

After going through the case file, Magistrate Folarin-Williams sid she did not see anything both in the accused’s statement and in the police investigations to show that the accused killed his wife and quashed the remand application brought by the police.

She, therefore, admitted the accused to a bail of N500,000 with two responsible sureties in like sum, who must be blood relations and also work with reputable organisations.

She directed that the case file should be duplicated and a copy forwarded to the State Director of Public Prosecutions (DPPs) for legal advice.

Earlier, Sgt. Jimah Iseghede, the prosecutor, had told the court that the accused committed the offences on Oct. 10 about 10.25 p.m. at No. 17, Oremeji St., Ilupeju, Lagos.

He alleged that the accused beat his wife, Toyin, 38, to death and abandoned the corpse in a room to decompose.

The News Agency of Nigeria (NAN) reports that John Eke Uti, a former world wrestling champion, was first taken to Ilupeju Police Station before being transfered to the State Criminal Investigations and Intelligence Department (SCIID) for further investigation.

If found guilty, the accused faces a death sentence.