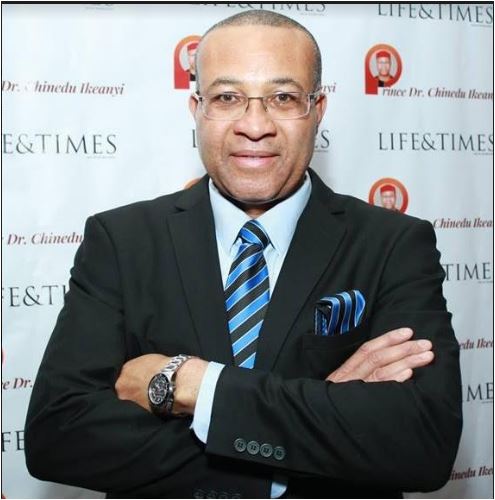 On October 16, 2019, a fire consumed Ochanja Market, the second largest in Onitsha town,  killed seven thus far, with hundreds of injured people still in the hospital.  The Ochanja Market fire destroyed multiple businesses and properties in and around the neighboring streets. To set the context, Onitsha, located in Anambra State of southeast Nigeria, is home to the largest and busiest markets in Nigeria and the entire West African sub-continent. The Main Market is the largest market while Ochanja, which is no more, is the second largest market.

The fire which began at approximately 1:30pm and burnt for more than seven hours was caused by a fallen petrol tanker which exploded and discharged its contents on a street close to Ochanja Market. The estimated damages to properties and business are in the hundreds of millions of dollars. The fire burned uncontrollably for hours without any intervention from Anambra State fire services.

Unfortunately, this preventable tragedy has begun to attract accolades for the government of Willie Obiano.  I chatted with my cousin in Onitsha a few days afterwards and he described the havoc wreaked by the fire. Before he hung up, he said that the governor is really trying his best. He said, “The Governor has visited the locations of the fire and commiserated with the family of a woman who died along with her son as a result of the fire. He concluded, “If he (the Governor) continued to reach out the way he has begun, things will really get better.”

Honestly, I was startled to observe that throughout our conversation, a well-educated person like my cousin did not care to address the root cause of the fire. He spent most of the time commending the governor’s response after the incident. This type of misguided assessment happens every time there is a major calamity in major Nigerian cities or towns. Instead of pointing out the inefficiencies and incompetence that led to the calamity, people usually remember the side attractions and showy, outlandish responses of the government AFTER the fact. Those “shows” amount to “medicine after death.”

The goal of this article is to highlight the continuing poor governance that led to the Onitsha fire in the first place, not the promises that followed it. While this type of incident is not peculiar to Anambra State, I will use the state as a point of reference.  The October 16, 2019 at Ochanja Market and its environs was as a manifestation of poor governance by the Governor of Anambra State, Chief Willie Obiano. Willie did not work for the residents of Onitsha, the highest source of internally generated revenues in state.

Yes, the governor did not cause the fuel tanker to fall and discharge its contents all over the streets and eventually into Ochanja Market. However, the fact remains that as the inferno raged, the government did nothing to fight the fire. There were virtually no interventions from government because there were no fire services in place to intervene. There is a fire station located at Onitsha Main Market, which is about 2.2 kilometers away from Ochanja Market, the scene of the fire and it would have taken no more than a 10-minute drive for a fire truck to get to the market. Yet, there was no form of intervention from any fire service to rescue Ochanja Market.

Why was there no intervention from the fire department? Plain answer: Poor governance and corruption.  In Nigeria, there are both federal and state fire services, but they simply exist in name. Anambra State has nine stated-operated fire stations named and located as follows:

It is devastatingly  unfortunate that none of the above listed fire stations was operational during the fire incident that burnt the entire Ochanja Market and the neighborhoods of  Iweka Road, Ziks Avenue and Ozomagala Street. The fire burnt for more than seven hours before a combination of individual efforts and Delta State fire service from Asaba came to the rescue. Obviously, after seven hours of inferno, there was nothing left to rescue.

What are the governor’s excuses for not having functional fire service stations in the entire state? Why would Ochanja Market, the second largest market in the state not have at least a sub fire station designated for the market? Again, the Fire Station at Main Market is no more than 2.2 kilometers away from Ochanja, why couldn’t they respond? Who is responsible for the fire services in Anambra and who does he or she report to? Has anyone resigned in shame or lost his or her job due to this gross negligence and loss of lives, properties and businesses? Unfortunately, there will be no satisfactory answer to any of these questions.

The continuation of failed leadership is also evident in the governor’s response. According to the announcement issued by the government as reported by the News Agency of Nigeria (NAN), the Governor has set-up a “Committee to unravel the cause of the disaster…”

Does the Governor really need a committee to know that a fire station ought to be fully operational and responsive to fire incidents?

It is instructive to note that our Governor owns a home in Houston Texas and used to live in Houston before returning to Nigeria to become the chief executive of Anambra State government. Now in his second term as governor, does one really need to lecture him about how a government ought to provide basic services to his people? Or how prudent governments allocate majority of its budget for fire and police services?

I want to acknowledge that as our governor, Chief Obiano, restored security and safety to Anambra state when he first assumed office. He solved the problem of incessant kidnappings that preceded his administration. Anambra people have continued to commend his leadership in the areas of security. However, the annual October fires in Anambra have gone unchecked. I am quite sure that no one has been held accountable for the non-functionality of the fire stations, and we cannot continue to exist this way. The governor must step-up and address this gross inefficiency, now.

To address this fire calamity, I recommend the following:

While this piece might sound very critical, it is by design due to the severity of the recent fire in Onitsha. As a state, we must take serious steps to address the annual occurrence of fire incidents in our beloved state. Unfortunately, many fire mishaps are unpredictable and some purely accidental. However, our response to fire must be predictable with a careful and proactive planning of how to reduce the frequency of fire incidents. And most importantly, provision of functional fire service must be made in major commercial cities. Such planning and intervention must start with the government and the Governor must take the first lead by providing fire service as a basic need in our state.