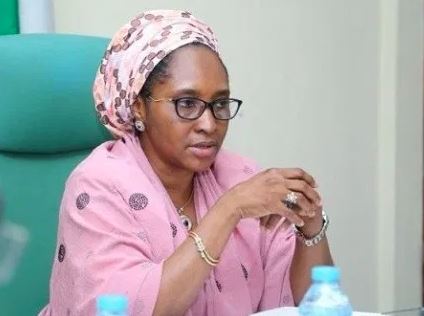 There is nothing worrisome about Nigeria’s debt portfolio, Minister of Finance, Budget and National Planning, Mrs. Zainab Ahmed, said on Wednesday.

She said foreign and domestic debt stock notwithstanding, Nigeria does not have a debt crisis.

Nigeria’s domestic and external debt portfolio stood at N25.7 trillion (about $83.88 billion) as at June 30, according to the country’s ‘Total Public Debt Portfolio’ obtained from Debt Management Office (DMO) website.

The DMO said the current total debt stock comprises the federal and 36 states and the Federal Capital Territory (FCT).

The minister spoke against growing concerns from some quarters that the country was inching towards debt crisis as servicing the debts might cripple the implementation of projects.

Mrs. Ahmed, however, explained that the issue Nigeria is contending with could rather be termed a revenue generating problem and not a debt crisis.

The minister, who spoke on Wednesday at the National Assembly hearing on the N10.33 trillion 2020 Budget, said: “We have heard repeatedly that Nigeria is inching towards a debt crisis and we have consistently said that Nigeria does not have a debt crisis. Our total borrowing rate is just under 50 per cent of our GDP, while the multilateral institutions project for a country to borrow from 50 to 55 per cent of the Gross Domestic Product (GDP).

“What we have, is a revenue problem. Our revenue performance by half year is 58 per cent. So, we have designed this Strategic Revenue Growth Initiative early this year, which has three thematic areas.”

Mrs. Ahmed said one of the objectives is to achieve sustainability in revenue generation; and the second is to identify enhanced enforcement alongside existing revenue streams; and the third is to achieve cohesion “of our people and tools.”

She added: “There is also the need for us to ensure that we have the right legal enablers and other enablers that will enhance revenue performance.

“Nigeria as a country must mobilise significant domestic resources to be able to make necessary investment in human capital as well as in physical infrastructure.”

Ahmed said that, given the low revenue to GDP ratio currently at per cent, the country must optimise revenue generation.

She said: “I will like to use this opportunity to call on the Nigerian public to support this administration in solving Nigeria’s revenue generation generation problem. Indeed, some reforms are tough but we have to take some actions.

“However, we will engage the public in whatever we do in support of the National Assembly including any changes in tax laws, if it is necessary.

“We also will be holding town hall meetings, various stakeholders’ fora to discuss matters that will affect citizens.”

Unegbu said: “Now that having a deficit budget is becoming a regular phenomenon, it is almost inevitable not to borrow.

“Having a deficit budget has always been a concern, but using debt to fund ailing infrastructure is one of the best alternatives for us to open up the economy.”

He said borrowing at high rates makes it difficult for the country to pay back and also increase the debt service costs, which is dangerous for economic growth.

“Not that the debt itself creates problems, but they have to be used for productive purposes. Usually, debt given under non-Paris Club or multilateral types of agreements to low income countries, particularly a lot of sub-Saharan African countries, have led to debt vulnerabilities.”

Asked to choose between domestic and foreign borrowing, Adrian noted that both domestic and external debts markets are important for economic growth and development and both markets should be well developed.

He said: “So, borrowing can be helpful for economic growth and investment, but it can also be dangerous when negative shocks arise. So, we have done a lot of work in the IMF on debt sustainability and debt management and we have a host of recommendations on how to manage debt in a responsible manner.”