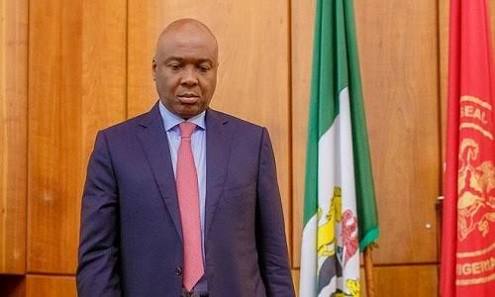 A grand plot to remove Senate President, Dr Bukola Saraki, is in the works and is being allegedly championed by a former governor and a serving senator.

This is even as meetings are said to have been held to actualise the removal.

The plot was said to have been weaved around the former governor and other key players, especially on the roles they are expected to play.

It was gathered that the move may fail as senators already contacted are yet to fully commit to the plot.

A source said the minister, who is believed to be leading the move, is a former governor of an oil-producing state in the South South.

The source also said a serving governor from North-West and a close ally of President Muhammadu Buhari, is also believed to be involved in the plot, even as the source said the governor from the North-West served as a minister during former President Olusegun Obasanjo’s tenure, specifically between 2003 and 2007.

It would be recalled that Senator Isah Hamman Misau (APC, Bauchi Central) had at last week’s plenary, disclosed that a minister was leading a move to impeach Saraki.

A source also disclosed that at the meeting, where the plot was being carried out, four serving senators from the North who are said to be against the Presidency of Saraki were in attendance.

One of the senators is a former governor of a state in North Central.

It was also gathered that another senator who attended the meeting is a senator from Bauchi State, currently in a running battle with his state governor.

Also at the meeting is a front line rival of Saraki and one of those likely to be appointed as minister.

The fourth senator, who attended the meeting, is one of the longest serving lawmakers in the National Assembly. He is a principal officer in the Senate.

According to the source, the four lawmakers, including the minister from the South-South, a serving governor from the North-West, a top official in the Presidency named another former who was not at the meeting, to lead the impeachment move.

It was also gathered that senators who did not attend the meeting when contacted, were said to have advised the former governor of the need to have a united National Assembly ahead of the 2019 general elections, rather than come up with a destabilisation plot that will die on arrival.