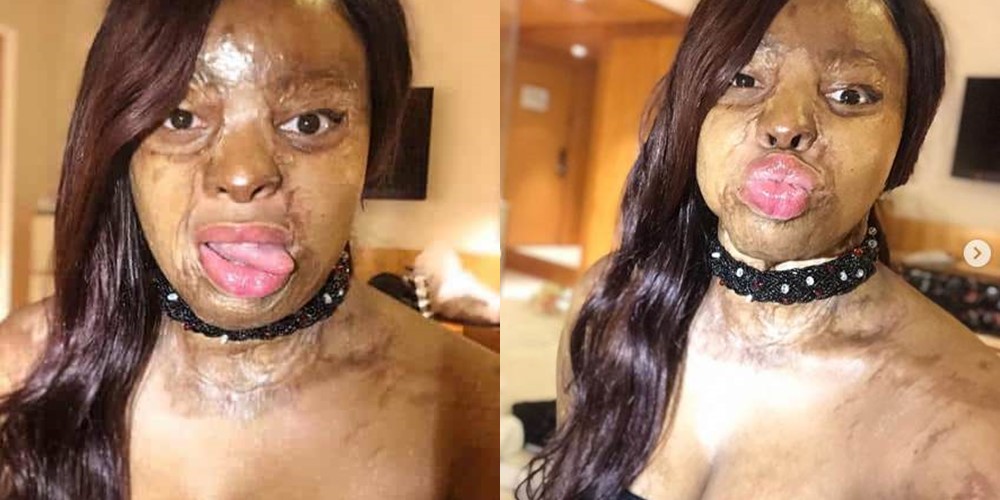 October 29, and she is already turning up the heat with some beautiful photos she shared.

Kechi who is also one of the two survivors of Sosoliso plane crash in 2005, shared her birthday photos with the caption “30, flirty & thrivin. Happy birthday to me #30thbirthday #happybirthdaytome”.

Okwuchi was one of the two survivors in the Sosoliso Airlines Flight 1145 crash on December 10, 2005 that claimed 107 lives, 60 of which were her school mates from Loyola Jesuit College. She received third degree burns over 65% of her body and was given a 30% chance of survival.

Okwuchi was air-lifted to Milpark Hospital in Johannesburg, South Africa for immediate medical attention and treatment, and later to Shriners Hospitals for Children in Galveston, Texas, United States where she has undergone over a hundred reconstructive surgeries.

In 2015, Okwuchi graduated from the University of Saint Thomas, in Houston, Texas, United States, with a First Class Degree. She was the student speaker at the Commencement Ceremony.

Okwuchi was a speaker at TedxEuston where she gave a talk titled Girls- know thyself.[8] Kechi later went on to take part in the twelfth season of America’s Got Talent in 2017 as a singer, and finished the competition as a finalist.[2] She later participated in America’s Got Talent: The Champions in 2019, where Simon Cowell gave her the golden buzzer, sending her straight to the final, but in the final she didn’t come in the top 5.

She has performed at sporting evens, other events throughout the United States, South Korea and Nigeria.[3] Okwuchi was chosen to headline Utah’s 8th Annual Women of Worth Utah in 2019