Investigative journalist, Kemi Olunloyo mocks reality star, Natacha Akide better known as Tacha for requesting that people who plan to beat her (Kemi) should make a video of the act.

Kemi had initially triggered the wrath of most Nigerians over her stance on Sylvester Oromoni’s death and while people reacted to this, activist Adetoun threatened to storm her house alongside Ada Ameh and beat her up mercilessly.

Reacting to this, Tacha pleaded for the showdown to be recorded which has attracted this unfriendly and degrading statement from the 57-year-old. 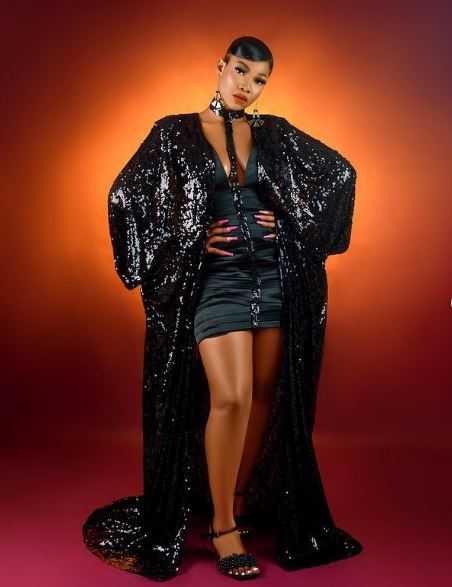 In a post on her official Facebook account, Kemi Olunloyo ridiculed Tacha by describing her as a lady with body odour and one who uses bleaching cream.

She also drew Tacha’s mind back to the circumstance that led to her disqualification from the BBN show. 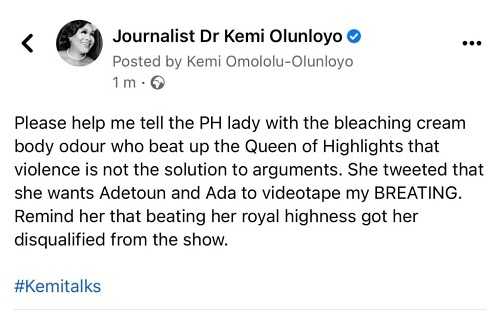