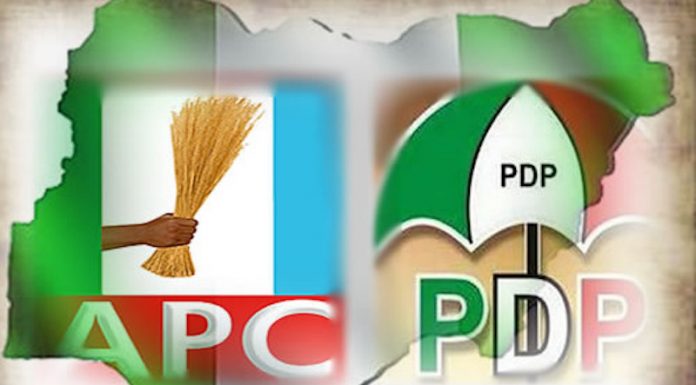 The exodus from the Peoples Democratic Party (PDP) in Akwa Ibom State continued on Tuesday with the defection of Lady Valerie Ebe, the immediate past Deputy Governor of the state, and Senator Eme Ekaette, former Senator representing Akwa Ibom South Senatorial District, to the All Progressives Congress (APC) with their supporters.

Both women who made history as the first female Deputy Governor and first female Senator in the state in 2012 and 2007, respectively, defected during the Eket Senatorial District rally to endorse President Muhammadu Buhari and honour Mr Nsima Ekere, the Managing Director of Niger Delta Development Commission (NDDC) in Eket.

Enobong Umoetuk, a former Commissioner for Special Duties, from Onna, the same local government area with Senator Ekaette and Governor Emmanuel, was among the defectors.

Ebe, formerly a staunch supporter of Governor Emmanuel, hinged her defection on the failure of the Governor to satisfy the yearnings of Akwa Ibom people.

“This government is not doing well. PDP can’t survive. I know that without joining APC I will be making a huge mistake. The crowd is fantastic. I see that people are very much willing and happy to be members of APC. We don’t want to lose, so we need to join the winning party,” she said.

Senator Ekaette also criticised the non-performance of the PDP State Government, attributing it to bad leadership.

“For the past three years in this state, we have been struggling with underdevelopment and hunger all over the land. Women are crying, dead bodies all over the mortuary. All these things you can attribute to bad leadership,” she said.

Receiving the defectors, the APC National Chairman, Comrade Adams Oshiomhole, represented by the National Vice Chairman, South-South Zone, Prince Hilliard Ettah, said he was elated with the growth of the party in the zone, noting that from one Senator in 2015, APC now has eight Senators in the zone.

“The APC in this zone is the fastest growing in the country,” he said.

The defectors were presented by Mr Ini Okopido, the APC State Chairman.

editor@lifeandtimesnews.com - November 29, 2022 0
By Uche Amunike The Assistant Director, Media and Publicity of the All Progressives Congress (APC) Presidential Campaign Council (PCC), Biodun Ajiboye has reacted to a viral video...