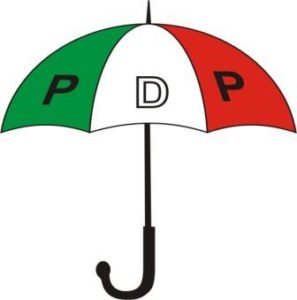 The Edo State League of Professionals, non-Governmental Organization, at its meeting held on recently Abuja, was briefed by members on the upcoming gubernatorial election in Edo State.

The League congratulated all the political parties that have fielded candidates for the gubernatorial election which have set the stage for a keen contest. It also availed the people of Edo State the opportunity to freely choose the candidate of their choice.

The League also noted the preparations underway by INEC to conduct a free and fair election acceptable to the electorates. The League, therefore, encourage INEC to remain unbiased and avoid anything that is capable of derailing the process.

The League recalled how development have eluded Edo State as a result of lack of selfless and visionary leaders. The League also noted the lack of political consciousness among the best brains in the state, thereby leaving the stage for self-centered politicians to ruin our dear state.

The League took note of the two leading gubernatorial candidates in the upcoming gubernatorial election; Pastor Osagie Ize-Iyamu of the PDP and Mr. Godwin Obaseki of the APC. Both candidates were painstakingly analyzed and evaluated, taking into consideration whose victory at the poll will bring the much expected development to our state.

The League also underscored the imperative of supporting a candidate who is accessible; will not be trapped in the old patterns of politics of misrepresentation and distortion; will close the door on the old economics that has written off the poor and left the Civil Servants poorer and less secure which the PDP gubernatorial candidate epitomized. Therefore, the League unanimously adopted the PDP gubernatorial candidate, Pastor Ize-Iyamu as the candidate of its choice to be the next Governor of Edo State. He is a candidate who offers a strategy for prosperity and lit a spark of hope amid the state of despair as clearly exemplified in his manifestos’ document called the “SIMPLE AGENDA”.

The League call on all the good people of Edo state to support and vote overwhelmingly for the PDP to ensure Pastor Osagie Ize-Iyamu’s victory in the coming election.

In another development, the Ebelle Development Union, Port Harcourt Branch under the Chairmanship of Mr. Patrick Ebhoma, has also adopted the PDP candidate, Pastor Osagie Ize-Iyamu as its candidate to be voted and supported for the Edo State gubernatorial election scheduled for September 10th.

Again after fruitful interactions between Edo State League of Professionals and the Akoko-Edo Patriots on August 20th in Benin-City, the later also adopted Ize-Iyamu as its gubernatorial Candidate to be voted as the next Governor of Edo State.