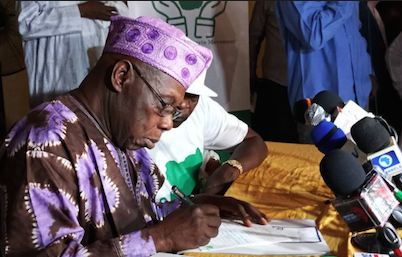 Chief Olusegun Obasanjo-backed African Democratic Congress, ADC, has set July as deadline to conclude negotiations with all parties interested in collaborating with it.

“We have set July deadline to conclude all negotiations with all interested parties,” he said. “I am sure all well-meaning players will see the sense in our insistence in having something new and refreshingly different and exciting and also be willing to align their parties to the ADC’s guiding principles,” he added.

At the event, Dr. Chuks Okogwu of Dignity Forum for People with Disability, launched ADC membership card, while encouraging people with disability to join ADC where they will be allowed to aspire for political positions.