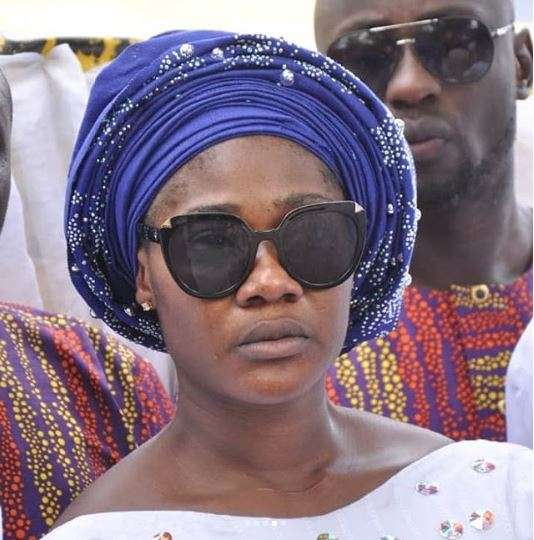 Mercy Johnson could not hold back her tears as her mother was laid to rest.

The actress took to her Instagram page on Monday, June 25, 2018, where she shared photos from the burial. The actress went on to thank everyone for supporting her family throughout the burial. Mercy Johnson also condoled with D’banj and his family over the death of his son who died on Sunday, June 24, 2018.

“We said our final goodbye to our loving mother a few days ago. Adieu Mama. Thanks to everyone for your prayers and support during this time. My heart and prayers go out to @iambangalee and his family at this loss. God give you the strength. God be with you,” she wrote.

It would be recalled that a few weeks ago, the news of the death of the actress’ mother was announced by the actress on Instagram.

“It deeply saddens me to say that my beloved mother is gone. This is a trying time for my family and we would appreciate your prayers, even as we plead for our privacy at this time. Thank you,” she wrote.

Mercy Johnson has now joined the list of celebrities who have lost their parents and buried them. Recall that some few months ago, Toyin Aimakhu was inconsolable during the burial of her father.

We can’t forget the likes of Toyin Aimakhu who wept uncontrollably at her dad’s burial. Siblings, family members, and friends of the actress gathered at Ibadan, Oyo state on Thursday, March 1, 2018, for the service of songs in honour of her father who passed away in October 2017 after a brief illness.

Toyin Abraham was inconsolable as her father was laid to rest with a number of family members around her who couldn’t hold back the beautiful actress from crying.