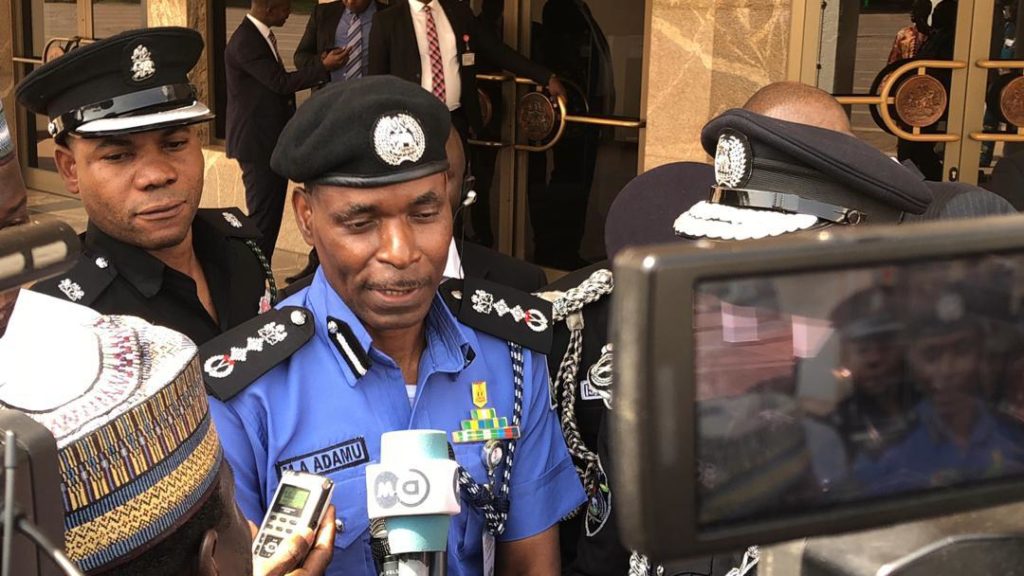 The acting Inspector- General of Police, Mohammed Adamu, says the posting of Kayode Egbetokun to Kwara State as Commissioner of Police has no political undertone.

According to a report on Friday by Punch Newspaper, Mr Mohammed said this at a summit organised by Vanguard for Transport Leadership and Democracy in Abuja on Thursday.

Mr Egbetokun, a former Chief Security Officer to the National Leader of the All Progressives Congress (APC), Bola Tinubu, is one of the police commissioners redeployed this week by Mr Adamu.

Speaking through the assistant commissioner of police for the Federal Capital Territory, Mogaji Ismaila, the IGP said the outcry that greeted the posting of Mr Egbetokun was unnecessary because the exercise had no political undertone.

“May I appeal to the journalists and the politicians not to drag us into political issues. Posting of commissioners of police is purely the responsibility of the IG in conjunction with the Police Service Commission,” he said.

He said vacancies were filled with competent individuals who can work efficiently in various states.

“The postings by the IGP have no political undertone and he has no ulterior motive in carrying out the exercise. He carried out the exercise purely for effective service delivery,” he added

The acting IGP said Mr Egbetokun carried out the task of Chief Security Officer as a junior officer. He said now that he has risen to the position of CP, his posting was on merit.

Mr Adamu gave assurance that the police would be neutral in the electoral process.

“It is not true that majority of the newly posted CPs are northerners. Our postings are purely on merit and based on competence,” he added.

Similarly, the Chief of Army Staff, Tukur Buratai, said that the Nigerian Army would avoid every form of interference in the elections, despite the fact that soldiers would also be deployed in military operations across the country.

Mr Buratai, who was represented at the summit by the Director-General of the Nigerian Army Resource Centre, Jerry Hamakim, said soldiers will be indirectly involved in the election process. He said they will only get involved whenever they are invited by the police authorities.

Mr Buratai commended the involvement of foreign observers in our election process. He said it is very important to have the observers as a form of international endorsement of the electoral process in Nigeria.

“Our country had fumbled and wobbled and we are getting it right now. The United States and the United Kingdom have been at it (practising democracy) for many years. We are so young when it comes to the issue of democracy. It is very proper for them to come and observe what we are doing here.

“That is why the issue of legitimacy comes in. International politics is quite complex and we should not be caught in the web of that complexity. For me, I think we should continue to learn because if we don’t learn, we won’t be able to get to the Promised Land.”

The main opposition Peoples Democratic Party (PDP) had earlier rejected the posting of Mr Egbetokun to Kwara, where the Senate President, Bukola Saraki, is facing a serious challenge by the All Progressives Congress (APC).

Mr Saraki last year dumped the APC for the PDP with the state governor, Abdulfatah Ahmed, and all elected public office holders from the state.

Ironically, Mohammed Abubakar, a former CSO to Mr Saraki’s father, Olusola Saraki, was deployed to Kwara as police commissioner just ahead of the elections in 2003 in which Bukola Saraki defeated the sitting governor, Mohammed Lawal.

On Thursday, the youth wing and supporters of the PDP in Kwara State staged a protest in Ilorin against the deployment of Mr Egbetokun to the state.