Award-winning Singer Davido, has stirred reactions after a video of him and presidential aspirant Bukola Saraki surfaced online.

The trending clip showed Saraki and Davido were excited to meet each other as they were seen talking while some of the singer’s crew could be captured taking pictures of them.

While they were exchanging pleasantries, the OBO Crooner wrapped his hand around Saraki’s neck, an action that has stirred mixed reactions on social media.

Reacting to video, Many commended his free spirit lifestyle and how he relates with others. Some other people said the singer lacked respect. 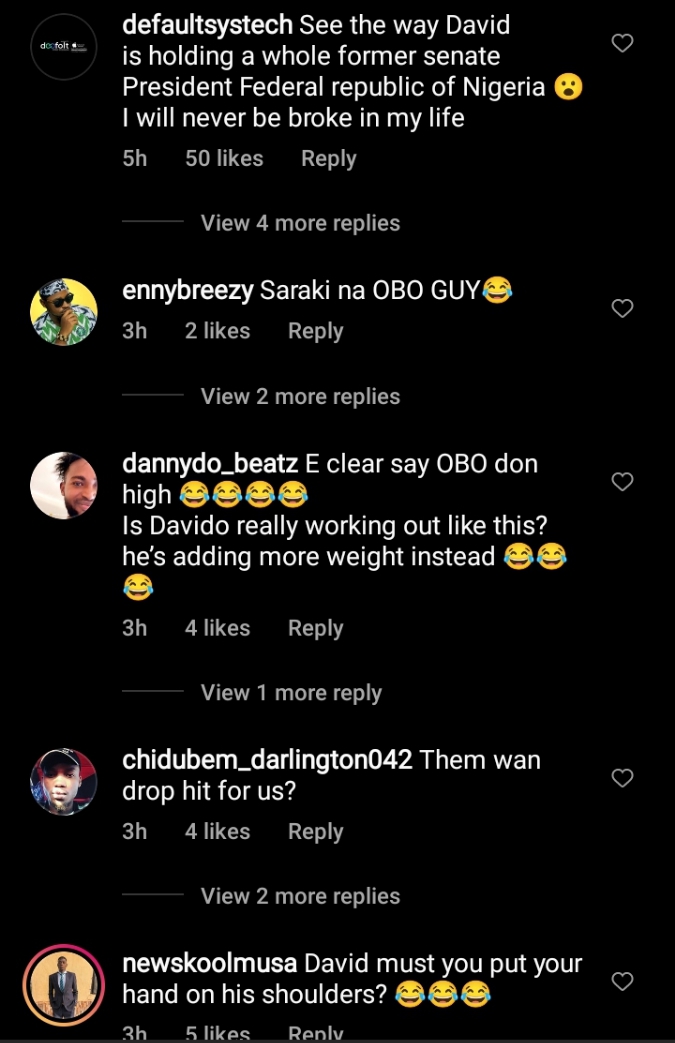 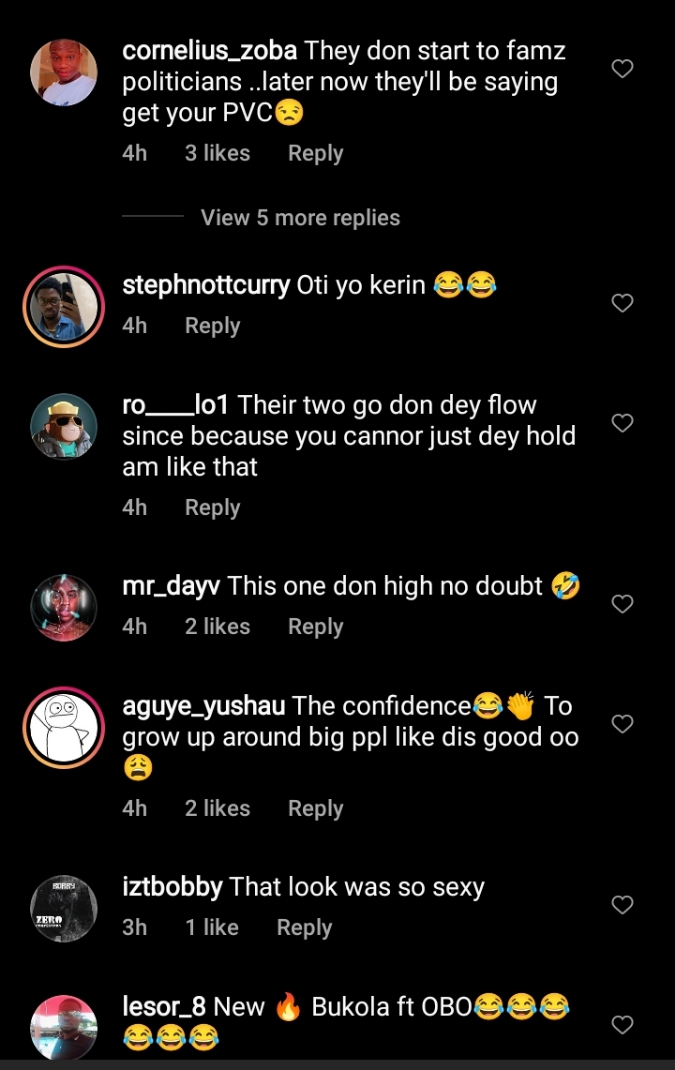