Nigerian music icon 2Face Idibia, has  regretted his actions about losing so much precious time with all his kids.

The legendary singer got emotional while reacting to a video of Football star Cristiano Ronaldo speaking about the importance of family.

In an interview, Ronaldo spoke about a difficult situation for him when his father was on a sickbed and had a significant game to play.

According to Cristiano Ronaldo, leaving his father in the hospital was difficult for him, but his father urged him to go to his games despite his health situation.

In response to this, 2face emphasized how much he had slacked on being there for his family, especially his children.

The Father of seven noted that he is sad about the past, but Cristiano’s interview is a wake-up call for him as a father.

“I have lost so many precious time with all my kids and I can’t rewind. I’m so sad about that. So this is truly a wake-up call for me as a father,” he wrote. 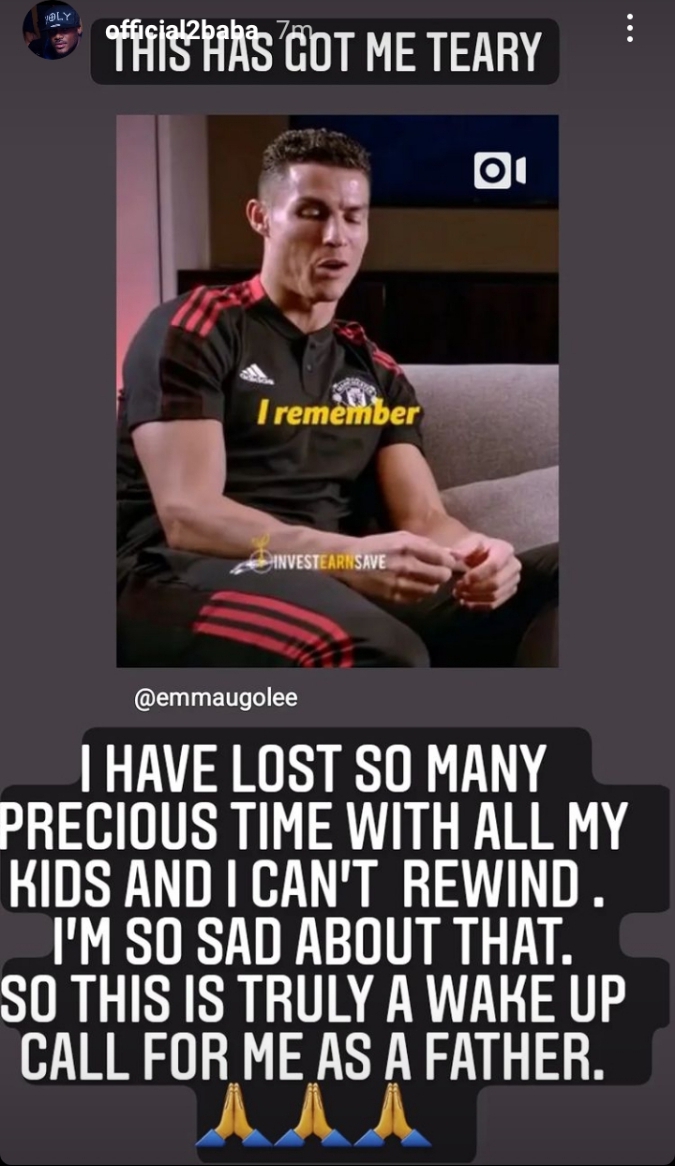