Valentine’s Day originally began with the Romans, when it was a lively festival where men stripped down on February 15th to spank young maidens in the hope of increasing their fertility. Today for many of us it’s the most popular Hallmark holiday after the New Year, and a chance to send a small gesture to show our appreciation to the love of our lives.

Just as we wonder about the perfect gift for the big day, we will take a look at American celebrities who have done the most in gifting their partners on this day of love 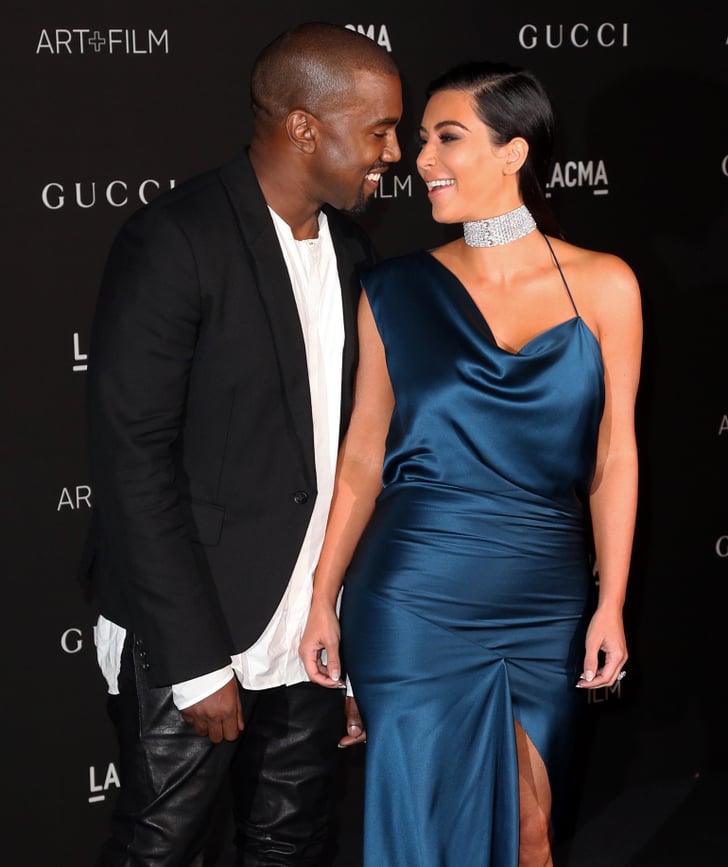 Back before the infamous Paris robbery Kim was a lot more open about airing her ‘family jewels’ on social media. While she’s still one for sharing, odds are she’s not about to advertise the specific price point of her accessory budget online any time soon.

It should be noted that Kanye once bought Kim a Hermes Birkin bag that was personally painted by their daughter North for 16 thousand dollars, which I’m guessing most of us wouldn’t let children anywhere near. One to always outdo himself, Kanye took his Valentine’s Day gift for his precious Kimmy seriously and splurged on a Panthere De Cartier Cuff at a reported cost of 73 thousand dollars. Its so sad we are not expecting much from these two this year 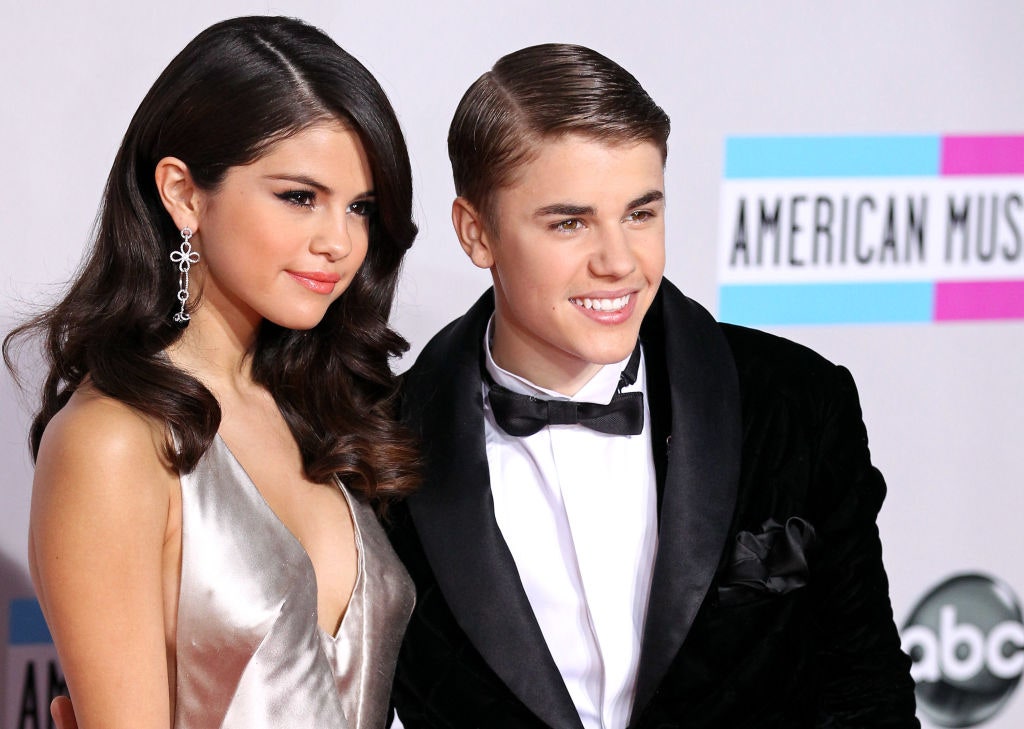 With their on-again/off again relationship drama that seems like something out of a dramatic movie of the week, it’s not really that surprising that Justin Bieber decided to go big for his sometimes Valentine and childhood sweetheart Selena Gomez.

Instead of a simple bouquet of flowers the Biebs decided to buy up an entire florist shop for V-Day. Apparently he went in looking for roses, and then some tulips, and then just asked that they package up the rest of the shop and send all of the pretty flowers her way. Word is that this romance movie worthy stunt cost the singer $2000 bucks which is fairly costly for something that will be gone in a couple of weeks. 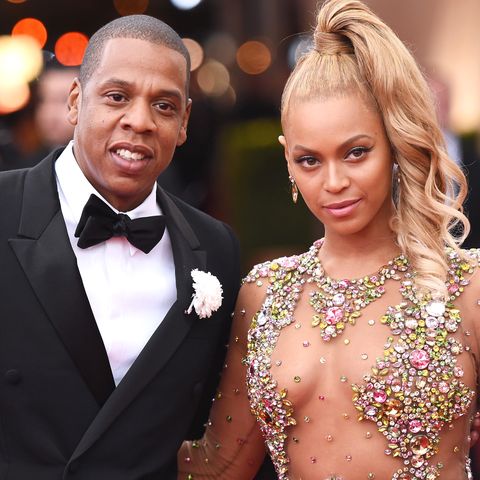 Ever wonder what to buy for someone who has everything? Jay-Z decided to show just how sweet he was on his Queen Bey wife Beyoncé with a present that glittered like gold – or platinum to be specific. It’s been reported that one Valentine’s Day he gifted her with a 24K platinum phone to help her to remember to call home.

The two who have now been together for 15 years show no sign of slowing down, having first met when Beyoncé was just 18 years old! Of their relationship Bey told Oprah, “We were on the phone for a year and a half, and that foundation is so important for a relationship. Just to have someone who you just like is so important, and someone [who] is honest.” No wonder he bought her the phone! 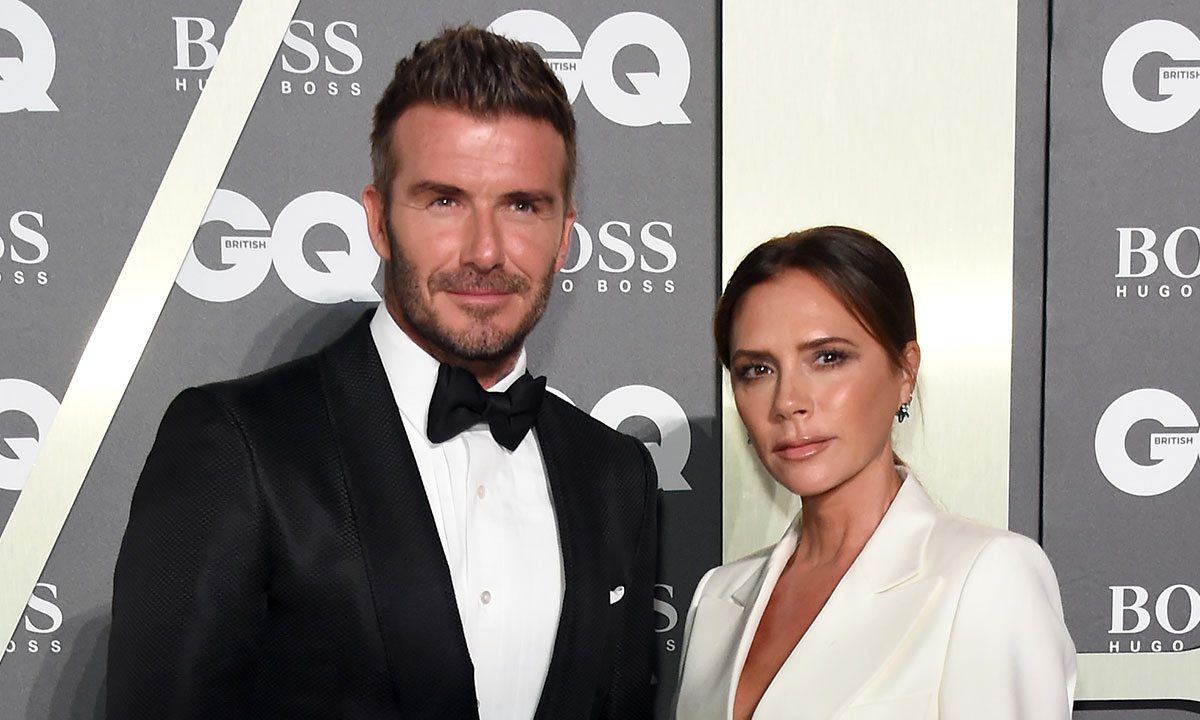 Although the pair have been married since July 1999, which is practically a lifetime in the world of celebrity, an insider says that there may be trouble in paradise, saying, “he still hasn’t got used to life without the routine of professional football. Quite frankly, he’s bored. That has led to a lot of partying and big nights out with friends like Dave, Alexa and Poppy, which Victoria doesn’t like.” Maybe it’s time for David to go out and buy some more bling for Posh Spice for this Valentine’s Day. 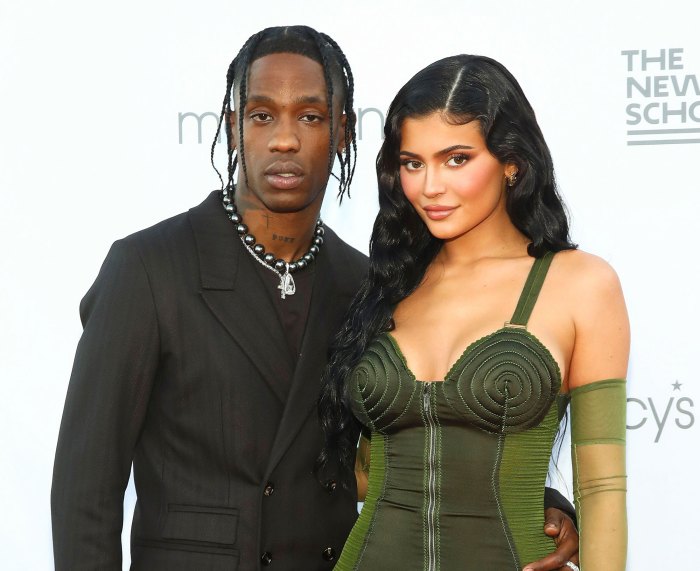 While everyone is super stoked by Kylie Jenner and the birth of her and baby daddy rapper Travis Scott’s daughter, the two haven’t been romantically connected all that long. As recently as Valentine’s Day 2016, it was Tyga who was the apple of Kylie’s eye. That’s probably why they spent their Valentine’s Day with a helicopter ride in New York City.

Don’t worry, even though they were enjoying the scenery from the sky, they weren’t going to be late for their dinner reservation. It was reported that year, that Tyga gifted Kylie a Hublot Watch valued at around 50,000 British Pounds (approximately $70,000 USD). We’re guessing that Travis Scott is feeling the pressure to purchase the perfect Valentine’s gift for new mom Kylie. Maybe he should call Tyga for some gift ideas. 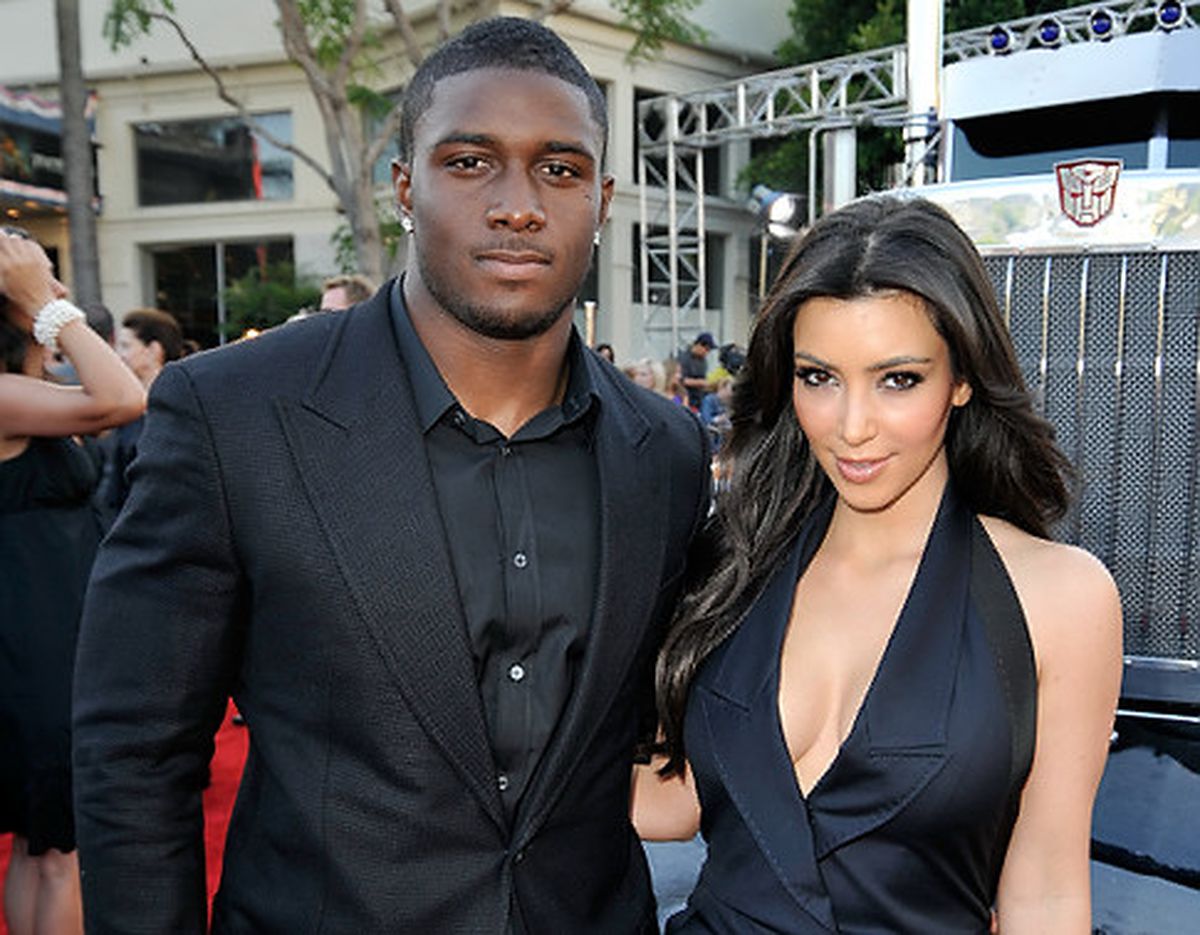 In case you’ve been under a rock for the past decade or so, Kim Kardashian loves attention and lavish gifts. When she was dating Reggie Bush, he presented his then girlfriend with a big old stack of money to show her just how much he cared. We’re not sure if this was just a last minute gift idea, or something that he genuinely thought she’d enjoy for the pink and red holiday, but kudos to him, we guess.

It’s unclear exactly how Kimmy felt about this gift, however she was spotted flipping through the pile of hundreds shortly after receiving her more than “grand” gesture gift. At least she could spend the dough on something that she really wanted, perhaps a boyfriend who put more thought into his gifts, like her now husband Kanye who gave her a thousand roses for V-day in 2014. 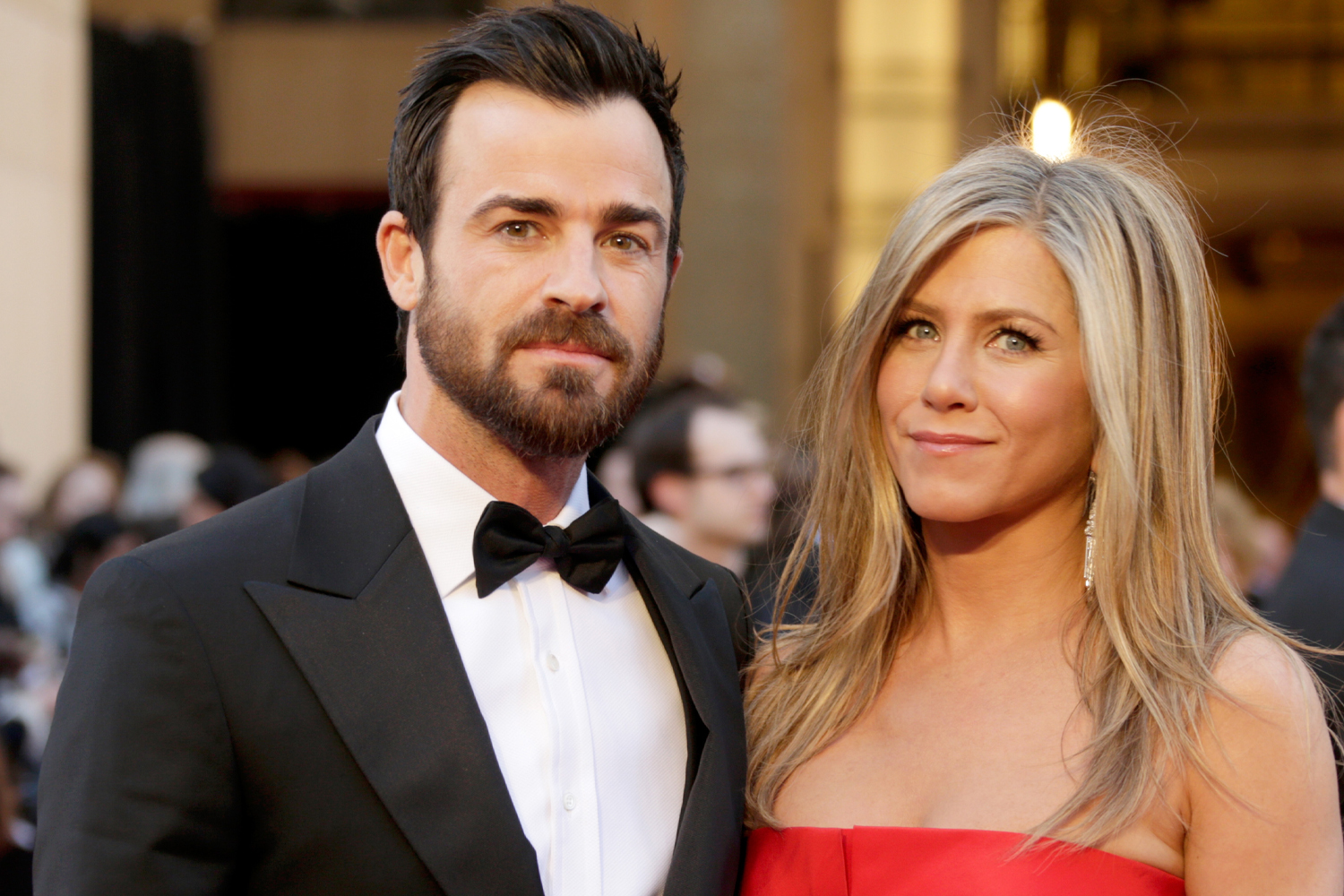 For their first V-Day as a married couple, Aniston treated Justin Theroux to a romantic dinner date at the top of the Eiffel Tower instead of other bangles and baubles. According to their website Valentine’s Dinner at the Tower starts at about 140 pounds ($200 USD per person), but we’d put money on it, that Aniston and Theroux didn’t opt for the basic dinner menu for their night out. There’s also the matter of getting to Paris, and where you’re going to stay to keep in consideration for your Valentine’s costs.