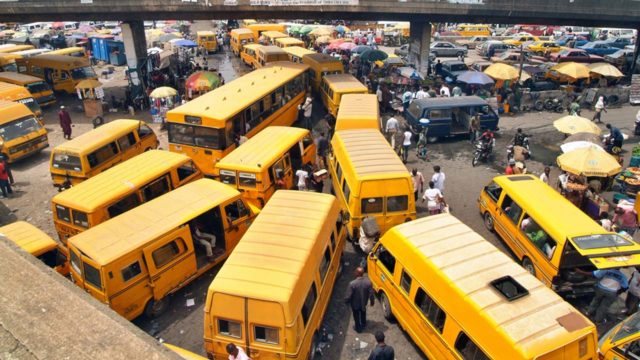 The Lagos commercial drivers strike which was proposed to commence today, Monday October 30, has kicked off as their union known as the Joint Drivers Welfare Association of Nigeria (JDWAN) confirmed that its meeting with the state government was not fruitful.

The National leader of the association, Akintunde Abiodun, who made this announcement stated that a meeting was held by some delegates from JDWAN and the Permanent Secretary of the Ministry of Transportation, Engr. Abdulhafiz Toriola, as well as the Liason Officer of the Motor Park Management, Mr Hakeem Odumosu (AIG rtd), in the presence of the JDWAN legal adviser, Barr Ayo Ademiluyi.

According to him, however, the reason for which the meeting was set up was defeated and in fact, majorly led to their decision to ensure that the Lagos commercial drivers strike action will take place as scheduled, as all they got from the meeting was endless threats.

In a statement released to Newsmen, Akintunde partly stated: ‘The Lagos state government has since made no concrete response to JDWAN demands, rather, their representatives only asked for another letter to be submitted on monday, which is regarded as a joke on our part, having release press statement with concise demands, we also honoured the demand to deliver physical copy of the letters to the Lagos State government, the SSS, The Commissioner of police and commissioner for transport respectively.’

‘The retired AIG also expressly said they can’t get rid of bus stop to bus stop extortionists because they are working for the state government, he also suggested that MC oluomo can organize thugs to attack us and we will be blamed or credited for the violence, all in a failed fear-mongering tactics, also the assistant to the minister for transportation threatened to arrest us and our lawyer while in their office.’

‘The statement of threat by Hakeem Odumosu that MC oluomo could attack our members, is already happening, through sile sekoni (burger) of badagry roundabout motor park management branch, JAFO (oniba of iba) of caretaker committee, iba branch, Seyi bamgbose (student) of Iyana iba caretaker committee branch who threatened to beat and kill drivers on Monday 31st of October. JDWAN notes that lagosians must be aware that if anything happens to our drivers, the elements named above should be held responsible.’

He further stated: ‘It is sad that the representatives of Governor Babajide Sanwo Olu are mocking Lagos drivers’ predicament and are disinterested in stopping the major factor causing high cost of living in Lagos, by asking for another letter and demanding that we call off the boycott without addressing our five demands.’

‘Drivers and commuters have had a brimful of extortion and harassment from the motor park management and caretaker committee thugs popularly known as Agbero. It is also visible to the blind in Lagos that the cost of goods and services is a consequence of Agbero’s extortion, no goods can be delivered and 95% of working-class resident can be transported without the service of commercial drivers. The unfettered and violent extortion by the Lagos government agents has not only increased transportation fare beyond the affordability of workers but also made every good and service out of reach of the poor Lagosians.’

Part of the demands being made by the association are: Obeying of court order; ending the constant harassment of law enforcement agencies and intimidation with guns, cutlasses and broken bottles by LASTMA, task force and RRS; stopping of payment to motor park thugs at every bus stop, garage and park; building of more bus stops for commercial use to reduce the menace of constant arrests by LASTMA for dropping off passengers at existing bus stops considered official bus stops by commuters.

He made it clear that while the Lagos commercial drivers strike is on for the next 7 days, they shall await the response to their demands from the government and called on citizens to remain law abiding, refrain from blocking the roads and being violent.