Nollywood Veterans, Kate Henshaw and Rita Edochie have shared their opinion on the trending social media topic surrounding the action of Mrs Ebelechukwu Obiano, the immediate past first lady of Anambra state.

To the amazement of guests at the event, Mrs Obiano poured expletives on the former diplomat, asking why she was at the event after her past remarks concerning the All Progressives Grand Allaince, the ruling party in the state.

Asking questions about the fight in a tweet on Thursday, Kate Henshaw wrote: “You can’t even blink on this street.something will just happen. My fellow women, pls what video did ljust see?? Na who dey wear that pink feathered outfit?? Warris really going on? Summary pls, no epistle.” 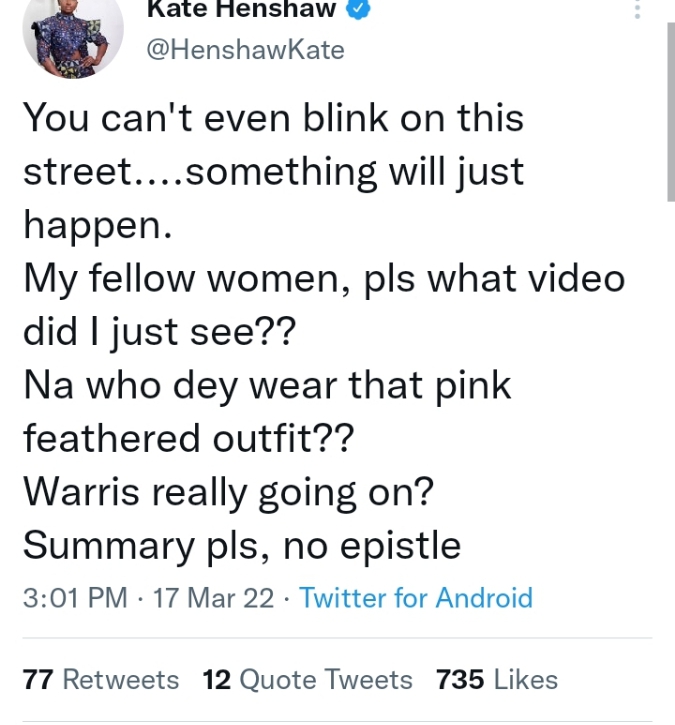 Responding to Kate’s question, a tweep wrote: “Ebele Obiano (pink panther) walked to where Lady Bianca was seated, said rubbish, Lady B stood up and blessed her with slap. It’s the way they bundled her to her husband’s seat and the bobo no look her side.”

In another tweet, she wrote the words “Pink Panther” followed by laugh emojis. 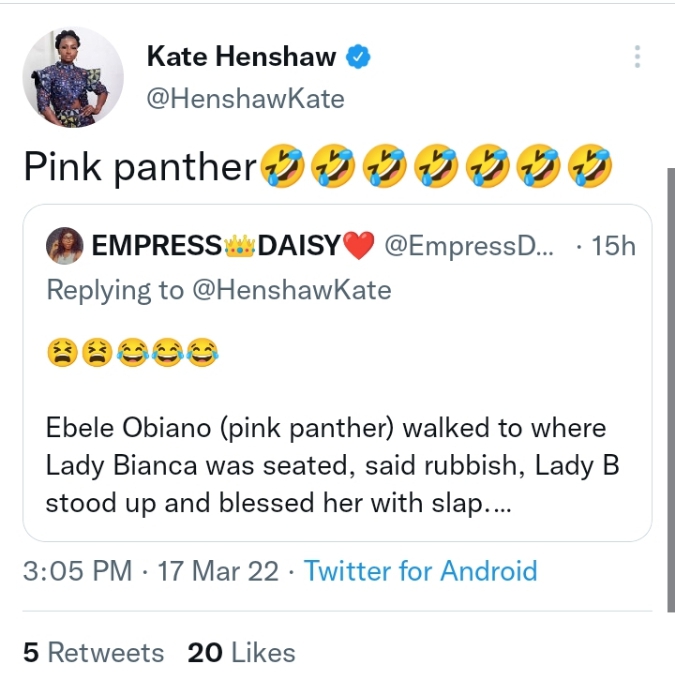 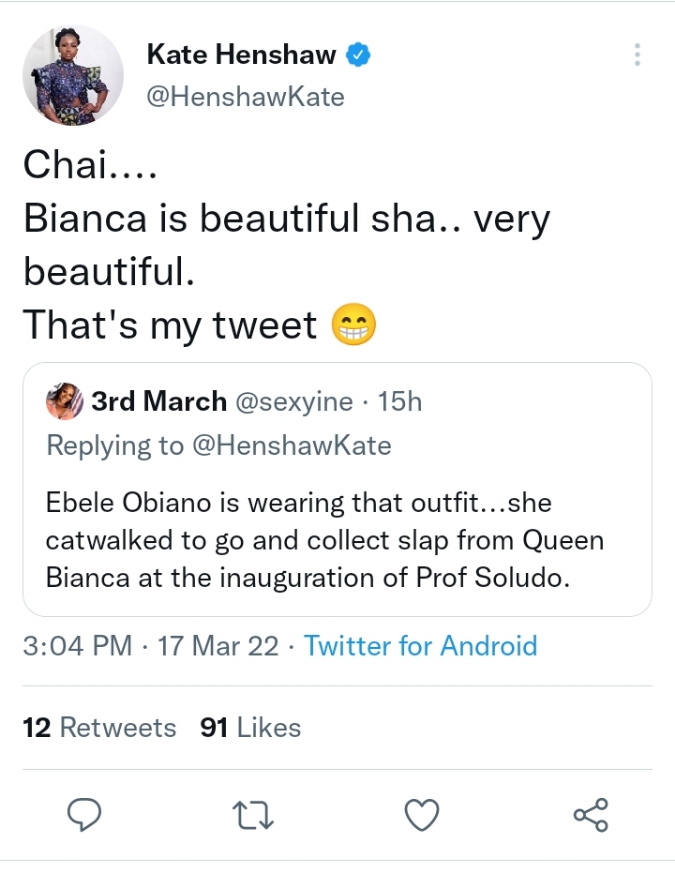 Also, Rita Edochie reacted to the messy drama by uploading a video of the scene on Instagram on Thursday, and said the fight was a disgrace.

“Shut down, tell everybody to shut down. What a disgrace on this day,” she wrote.