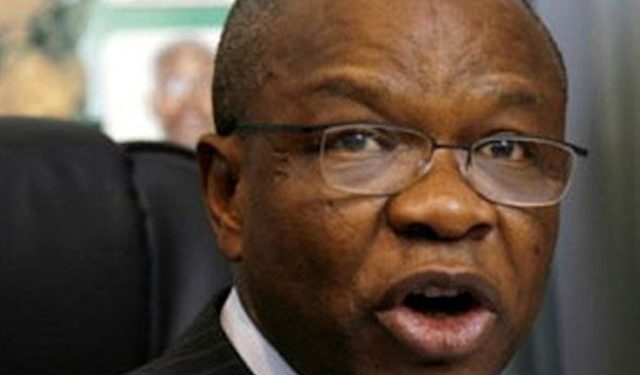 A former Chairman of the Independent National Electoral Commission (INEC), Prof Maurice Iwu, yesterday said he had filed a motion challenging the Federal High Court’s jurisdiction to hear his N1.23 billion fraud charge against him.

Iwu spoke through his counsel, Mr A. A. Usman, during his re-arraignment by the Economic and Financial Crimes Commission (EFCC) before Justice Nicholas Oweibo.

The ex-INEC was first arraigned on August 8, 2019, before vacation judge, Justice Chuka Obiozor.

He pleaded not guilty and was granted bail.

Following the commencement of the 2019/2020 legal year, the case was re-assigned and Iwu was re-arraigned before Justice Oweibo on the same charge.

The EFCC alleged that Iwu committed the offence in the build-up to the 2015 general elections in which President Muhammadu Buhari defeated then-incumbent President Goodluck Jonathan.

The commission alleged that Iwu “reasonably ought to have known” that the money “forms part of proceeds of unlawful act to wit: fraud”.

EFCC Counsel Rotimi Oyedepo informed the judge that Iwu acted contrary to sections 18(a) and 15 (2) (a) of the Money Laundering ((Prohibition) Act 2011 and was liable to be punished under Section 15(3) of the same Act. The defendant pleaded not guilty.

Usman told the judge that Iwu had been granted bail by Justice Obiozor and prayed the court to preserve the bail and the conditions.

He said: “On August 9, your learned brother, Justice Obiozor, admitted the defendant to bail which has since been perfected and the terms of which the defendant has faithfully kept.

“There is no application from the prosecution asking for his remand or the revoking of his bail. We apply that throughout the trial, the defendant be allowed to continue his bail on the terms earlier granted by your brother.”

The prosecution did not object to the application and the judge granted the prayer.

Usman also informed the court that the defence filed a motion on August 29 challenging the court’s jurisdiction to entertain the matter.

He said they would be applying for an adjournment to hear the motion.

But the prosecution opposed him, on the ground that it had not been served with any motion. In response, Usman prayed that the court allow him to serve the prosecution in open court.

His prayer was granted.

Justice Oweibo adjourned till November 25 for the hearing of the motion.