Controversial rapper Erigga has taken to social media to throw epic shade at crossdressing and certain groups of comedians on social media. The Hip-hop star is known for saying his mind didn’t spare any words when he came hard at them.

The TV star slammed the group of men known for wearing women’s clothing and accessories for work like crossdressers and certain comedians who get paid for these acts and how funny it is that some men are dressing as women because of money and we’re not even ready for this conversation. The rapper did not mention names but fans dropped quite a few for him who the description fits. 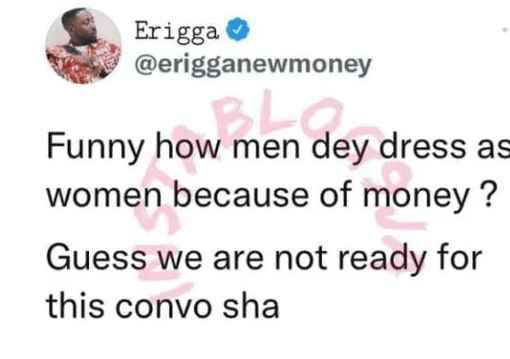