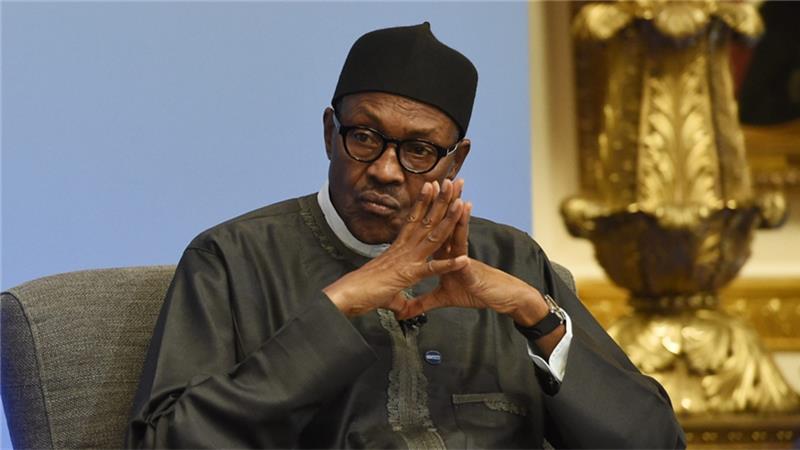 School fees and hospital bills are becoming difficult for most people. Even one square meal is becoming a luxury for most. The value of the Naira against the Dollar is the worst in the history of Nigeria. The cost of fuel, where available, is the highest in the history of this so called oil producing country. The endurance level of the ordinary people has been stretched to its limit.

Is President Buhari not aware of this?
The police are under=paid, under=trained and overstretched. Consequently, the soldiers who are the last line of defence of any nation are now the first, having been drafted to 32 out of the 36 states doing internal security operations. About 70 percent of the federal permanent secretaries were directors of finance who could pay to be promoted to permanent secretaries. They are not trained administrators, consequently, they are not good in either policy formulation or implementation. They are only good in what they know best: making money. Is the president not aware of this?

The verdict out there in the public is that this government, as constituted now with its skewed appointments, is the most provincial, most sectional and most primordial. And no one would have complained if competent ones were appointed but this team is one of the least competent thus lacking the capacity to deliver. Thus, an already difficult situation is becoming disastrous, as if reminding us of what Machiavelli said: “the first impression that one gets of a ruler and of his brains is from seeing the men he has about him”. Is the president not aware of this?

If we go down even to our recent history, we know that when Sultan of Sokoto Sir Abubakar 111, the father of the current Sultan Saad, was going on his first pilgrimage to Mecca, Saudi Arabia, he left his household in the care of Mr Dike, an Igbo from the South who went to Sokoto in1915. Mr Dike was so trusted that he had access to the Sultan’s bedroom. Dike’s offsprings are still in Sokoto fully integrated. In doing this, Sultan Sir Abubakar 111 was practicing what his worthy ancestor, Shehu Usman Dan Fodio advised in his book, Bayan Wujub al_Hijra where Dan Fodio wrote, “one of the swiftest ways of destroying a state is to give preference to one particular tribe over another, or to show favor to one group of people rather than another, and draw near those who should be kept away and keep away those who should be drawn near.” Is President Buhari not aware of this?

Even the immediate two predecessors of President Buhari, as unexposed to national limelight as they were, tried to have national outlook. Late President Umaru YarAdua’s ADC was from Edo state, his Principal Secretary who acted as Chief of Staff when the office of Chief of Staff was abolished, was from Delta state, his Defence Minister was also from the South, among others, and all his security chiefs were Christians.

His successor, President Goodluck Jonathan’s NSA was from Sokoto, Defence Minister from Zamfara, his ADC was from Benue, his Chief Detail was Muslim from Bauchi while his Principal Private Secretary was a Fulani from Adamawa. They tried to build a national platform as it should be for presidents. Is the president not aware of this?

In Kano, which is supposed to be the political base of President Buhari, Governor Ganduje is fighting Senator Kwankwaso who not only delivered Kano state one hundred percent to the ruling party in2015 but came second during the party’s presidential primaries. No one is calling anyone to order and Kano gave Buhari the highest votes. Like Kano, most state branches of the ruling party are in crisis.

The All Progressives Congress(APC) controls 24 states, both Houses of the National Assembly and the presidency yet they seem to accomplish nothing in three years. They are busy fighting each other and the president as leader of the party is not giving the required leadership. Is the president not aware of this?

To further compound matters, the appointees of this government are fighting each other as we read in newspapers. Close aides of the president are said to be hardly on speaking terms. Various agencies are working at cross purposes, even undermining presidential authority with no one calling anyone to order. In any case, most of them are serving their personal interests as they represent no one but themselves.
Most of them were never known to the party or to the people they claim to represent. Consequently,
Nigeria is drifting. Is the president not aware of this?

This is usually what happens when ministers who are recognized by the Constitution are subordinated to the Chief of Staff(COS) which is not a constitutional office. Buhari has centralized everything to the COS so much that he appears to have abdicated his presidential responsibilities to his COS who now looks like a de facto president, as he controls access to the de jure president. Every government policy or personnel is subordinated to that office, so much that those who voted are feeling shortchanged. Is anyone still wondering why this government is stagnant and this country is static? And is the president not aware of this?

In the same book quoted above, Shehu Dan Fodio wrote: “O leader, you have kept yourself secluded from your subjects, by means of Chamberlains and doors and you have set up high mountains before them while God’s door is open to petitioners; there is neither Chamberlain nor doorkeeper there.

A Kingdom can endure with unbelief but it cannot endure with injustice.” In the same book, Dan Fodio further wrote that:”the crown of a leader is his integrity, his stronghold is his impartiality and his wealth is (the welfare of) his people. There can be no triumph with transgression, no rule without learning and no leadership with vengeance.” Is the president not aware of this?

President Buhari should know that he has squandered enormous goodwill both in Nigeria and outside since he took over about three years ago. He has disappointed so many people. No one would ever think that he will preside over this tragic mess. If he had done the right things no one would have been talking of the discredited PDP by now. The three or so people who have caged him can’t deliver even one local government to him politically. Is the president not aware of this?

History is on the side of the oppressed.